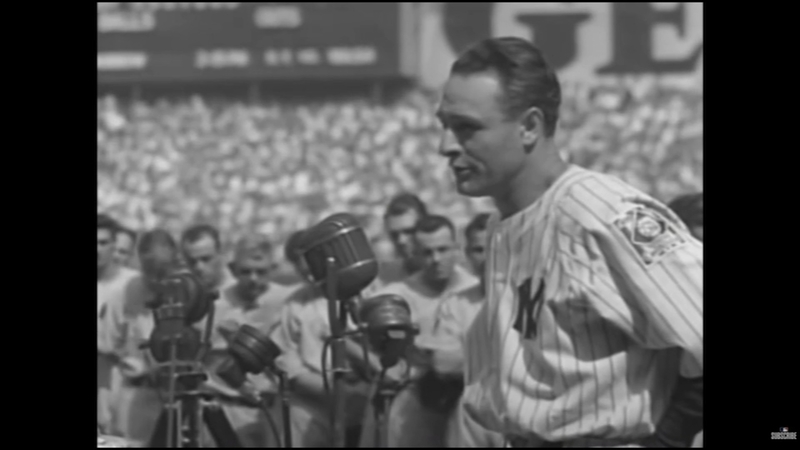 Here's a major announcement from Major League Baseball that can help in the fight against amyotrophic lateral sclerosis (ALS) also known as Lou Gehrig's disease. Starting on June 2, the league will begin an annual celebration, Lou Gehrig Day.

The day will honor the Yankees legend and raise money and awareness to battle ALS. Gehrig was dubbed 'The Iron Horse' for playing 2,130 consecutive games before retiring in 1939, after being diagnosed with ALS. Gehrig died from the disease in 1941.

ALS is a progressive neurodegenerative disease that affects nerve cells in the brain and spinal cord. People with ALS lose their ability to walk, talk, eat, and eventually breathe.

There is no cure for ALS and according to the ALS Association, someone is diagnosed with and dies from the disease every 90 minutes.
In 2016, ABC11 Anchor Larry Stogner lost his battle with ALS.

Stogner had participated in the viral ice bucket challenge years before, which raised more than $100 million for research. Stogner's widow, Bobbi, is hoping this commemorative day with MLB will also be another milestone in raising awareness and research. "It's a devastating disease," Stogner said. "It's a disease we need to continue to put money towards research and money towards supporting the families. And, I think he'd be thrilled that this is coming about through baseball," she added.

Lou Gehrig Day, on June 2, will also kick off a month full of walks to defeat ALS including The North Carolina Chapter which will hold a virtual walk on Saturday, June 26.
Report a correction or typo
Copyright © 2021 WTVD-TV. All Rights Reserved.
More Videos
From CNN Newsource affiliates
TOP STORIES