Our America: The history of the model minority myth and its impact on Asian-American communities 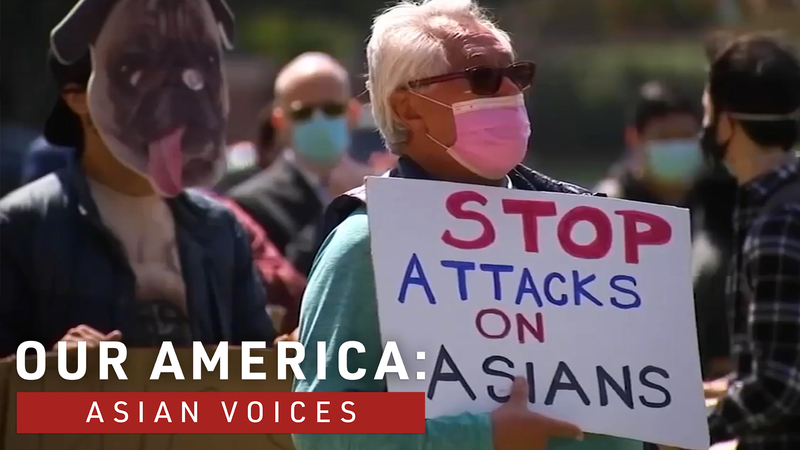 The history of the model minority myth

PHILADELPHIA -- While Asian Americans are a diverse group in every sense of the word, false narratives often obscure that truth. In fact, the anti-Asian backlash we see now is deeply rooted in xenophobia, racism and stereotypes.

Asian women have been objectified and fetishized as early as the 1800s and Asian Americans of both genders perceived both as a threat and the model minority.

ABC Owned Television Stations across the country have been reporting unprovoked attacks on Asian-Americans since the pandemic began. Victims report being spit on, slugged, slashed, and even set on fire.

In Philadelphia, Kylam Nguyen said, "He hit me right in the face and he knocked me pretty much unconscious."

Nguyen, a Vietnamese American, was attacked in 2020 in Upper Darby, Pennsylvania, while crossing the street.

"What exactly did this person say to you?" asked reporter Nydia Han.

"Coronavirus, get the [expletive] out of here," he said.

On Easter Sunday, a 27-year-old Korean-American woman was smacked in the face in downtown Philadelphia. Two days later, a 64-year-old Chinese-American father was assaulted just blocks away in Chinatown.

"The suspect yelled, 'You gave me coronavirus,' and proceeded to attack the victim," said John Chin of the Philadelphia Chinatown Development Corporation.

The Department of Justice has pledged to tackle the problem and so has President Joe Biden, but many say it will take time to repair the damage caused by the previous administration's anti-Asian rhetoric.

"It's been a sustained campaign for over a solid year now and we are seeing the effects of it," said Professor Josephine Park, who teaches Asian-American studies at the University of Pennsylvania.

But this hate didn't just erupt. To understand what is happening today you have to understand the past.

"Racism against Asian-Americans is not only alive and well, it has a long and painful history," said Park. "One of the main reasons is that Asians are considered foreign. They're considered alien."

I spoke out about this in a viral Facebook video after a driver yelled at me, "This is America!"

Park says the "forever foreigner" stereotype is not only hurtful, but it has also led to racist U.S. laws.

"The first group of people excluded from entry to the U.S. were Asians," she said.

The Page Act of 1875 was the first U.S. law to restrict immigration. It effectively banned entry by so-called "lewd and immoral" Chinese women.

The Chinese Exclusion Act later prohibited all Chinese immigration. These laws were just the first of many policies born out of the false perception that Asians pose a threat to our nation's economy, health and safety.

"It's a part of the kind of deeply inhuman characterization of Asians," said Park.

Many states made it illegal for Asians to own or lease land.

At the turn of the 20th century, well before COVID-19, some health officials blamed the Chinese for a different disease: the bubonic plague. Under Executive Order 9066, more than 120,000 people -- mostly Americans of Japanese descent -- were imprisoned during World War II.

"There was barbed wire there, and you couldn't go out," said Tsiwen Law, an attorney and AAPI activist. "They lost everything. They lost their businesses. By the time they came back, everything was gone."

Decades later, the U.S. government apologized and admitted to "race prejudice" and "a failure of political leadership." But Asian Americans are still blamed for events overseas.

"There is often this characterization of Asians as the enemy, and when you get that kind of enemy characterization, all kinds of violence suddenly becomes possible," added Park.

"This is the 150th anniversary of the largest recorded mass lynching of Chinese, which was in 1871," said Law. "Seventeen Chinese were lynched in Los Angeles."

"It turned out that he was blaming Southeast Asians for taking jobs away from white people," said Tsiwen.

In 1982, Vincent Chin was bludgeoned to death.

"They accused him of being responsible for the unemployment of the Detroit Auto Workers," added Tsiwen.

They were scapegoating Chin for Japanese cars in the American marketplace.

"He's Chinese-American, but those distinctions didn't matter," added Park, "and so it was very revealing how Asians could be lumped together."

"This has been a pattern that if you've committed violence against Chinese or Asians, that there would be no consequences," said Tsiwen.

Experts attribute this, in part, to the model minority myth.

"Anti-Asian attacks get discounted, and there, they won't be called out as racism, in large part, because there's this perception of Asians' privilege, social and economic position," said Park.

The term emerged to describe Asian Americans as a group that's achieved success despite marginalization. It's used to make unfair comparisons, pitting Asian Americans against Black and Latino people.

"It's really at the fault of white supremacy and puts other communities of color against each other," said activist Sarah Min.

The reality is Asian-Americans have the widest income gap and some of the highest rates of poverty, but as more people shine light on these issues, many are optimistic the Asian-American narrative can finally change.

"There's so many examples actually across racial alliance right now around this crisis," said Park, "so there are signs of hope."