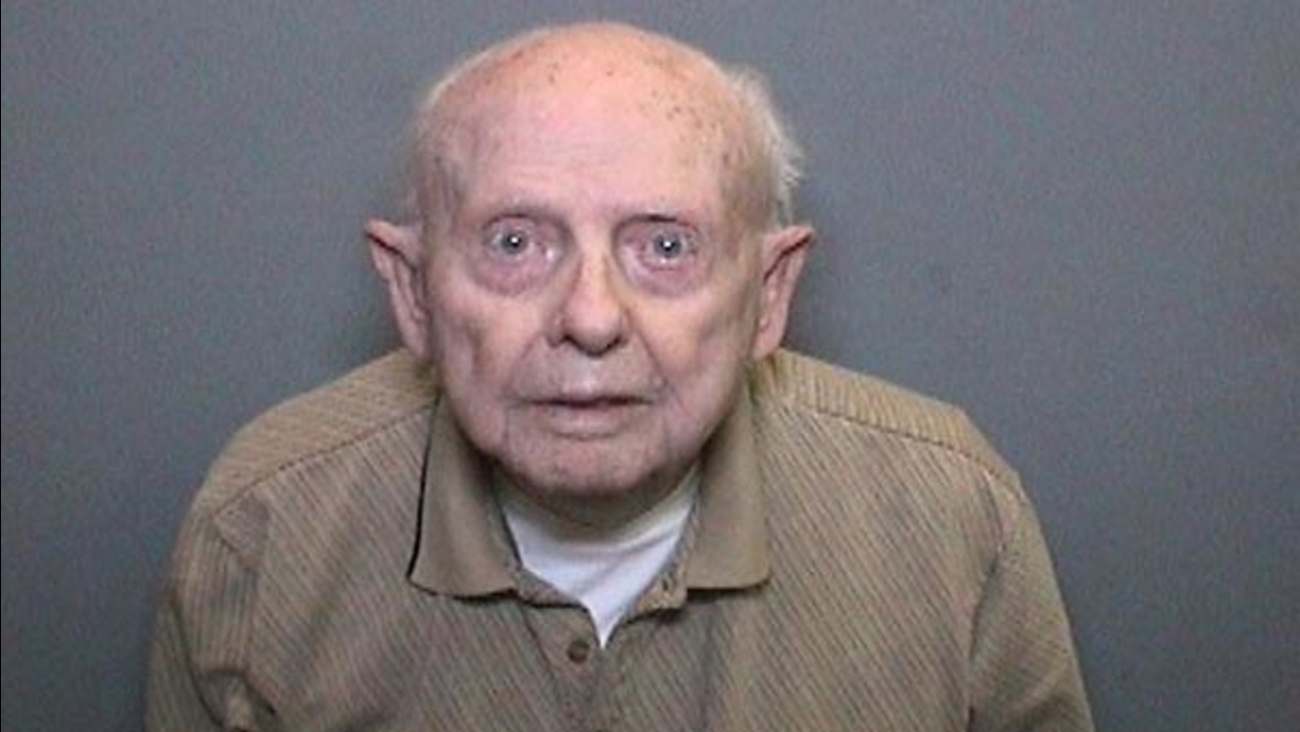 A 96-year-old man is facing charges of touching young girls inappropriately and removing a diaper to expose himself. (Orange County District Attorney)

SANTA ANA, CA -- A 96-year-old Laguna Woods, California man is facing molestation charges after he allegedly removed his diaper to expose himself to two young girls and touched them inappropriately, prosecutors said.

Kenneth Leroy Collins, who is being held on $1 million bail, is believed to be the oldest man in the Orange County Jail.

He was arrested Feb. 25 and is scheduled to be arraigned on Friday.