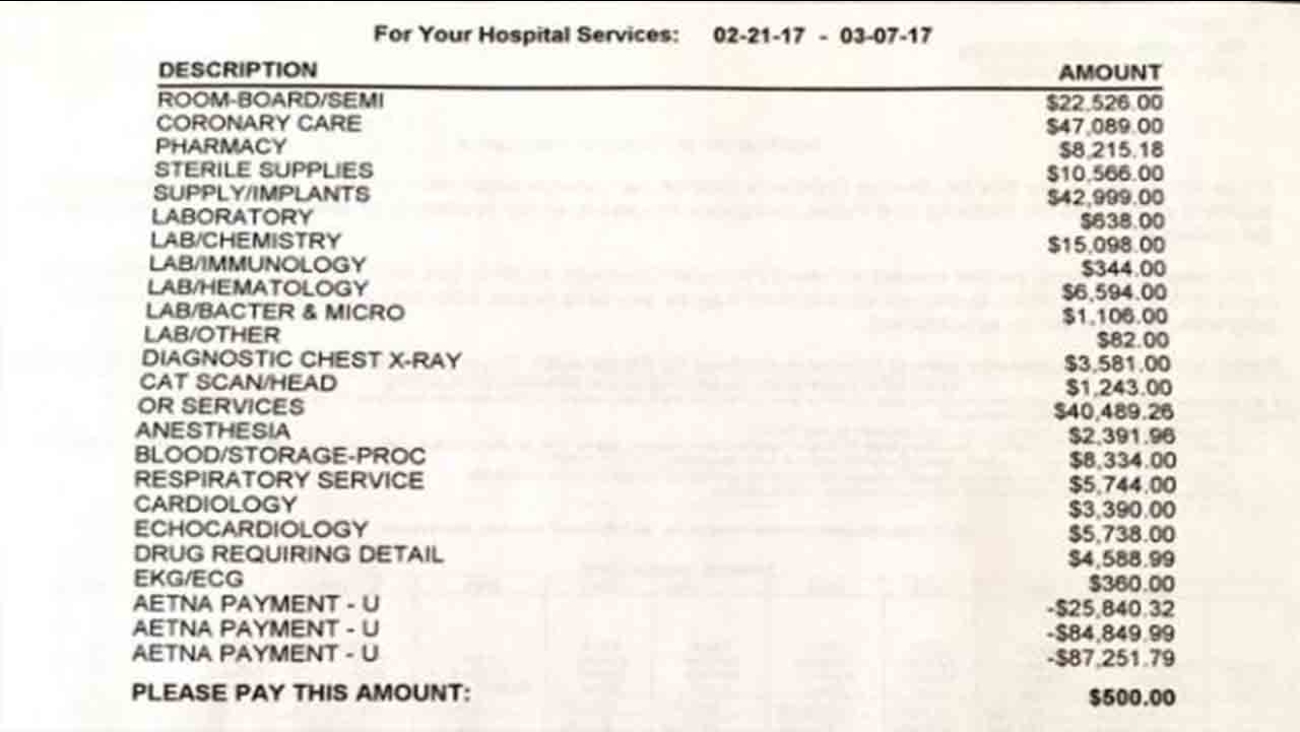 NEW JERSEY -- As lawmakers push to get a health care bill through the Senate, one New Jersey mom is speaking out.

Alison Chandra's son, Ethan, was born with heterotaxy syndrome, a rare genetic disorder in which organs form on the wrong side of the body, WGHP reports.

"Heterotaxy syndrome literally means different arrangement," Chandra said. "Any of the internal organs can be malformed, missing, multiplied or misplaced. Ethan was born with nine congenital heart defects and he has two left lungs. Five or so spleens of dubious function, his liver, and his gallbladder are down the middle of his body along with his heart, and then his stomach is on the right instead of the left side."

On Friday, she tweeted her son's latest hospital bill and it went viral.

"It seems fitting that, with the #TrumpCare debate raging, I got this bill in the mail today from Ethan's most recent open heart surgery," she wrote.

It seems fitting that, with the #TrumpCare debate raging, I got this bill in the mail today from Ethan's most recent open heart surgery. pic.twitter.com/pyUE2UxbWW

I'll save you some math; without insurance we would owe $231,115 for 10 hours in the OR, 1 week in the CICU and 1 week on the cardiac floor. pic.twitter.com/CQ9OjOsFX8

With lawmakers pushing a new health care bill to the Senate floor, the health care debate has become personal for Chandra.
"I didn't follow politics before November. I was overseas for both of President Obama's elections," Chandra said. "I have been shocked at how loudly each side yells about their specific talking points. It paints these issues as black and white when they are anything but that. It seems like our kids are being reduced to a line in a budget.No one seems to realize there are real people behind it."

The new bill also raises some fears for Chandra and her family.
"My fear is that this bill comes into play and suddenly essential health benefits are no longer covered, like hospitalization, prescription medications," said Chandra. "He will rely on prescription medications for the rest of his life. He is functionally asplenic and will need to take prophylactic antibiotics the rest of his life to prevent and protect against sepsis, a huge risk of death for our kids in the heterotaxy community."

Since posting Ethan's medical bill on Friday, the tweet has been retweeted over 50,000 times.

Chandra has received some negative comments about her tweet but she said she's just happy she can still hold her son.

Just waded through some particularly harsh mentions, and I guess Ethan knew. Feeling his heart beat against my chest never gets old. pic.twitter.com/kzp8UcABOc