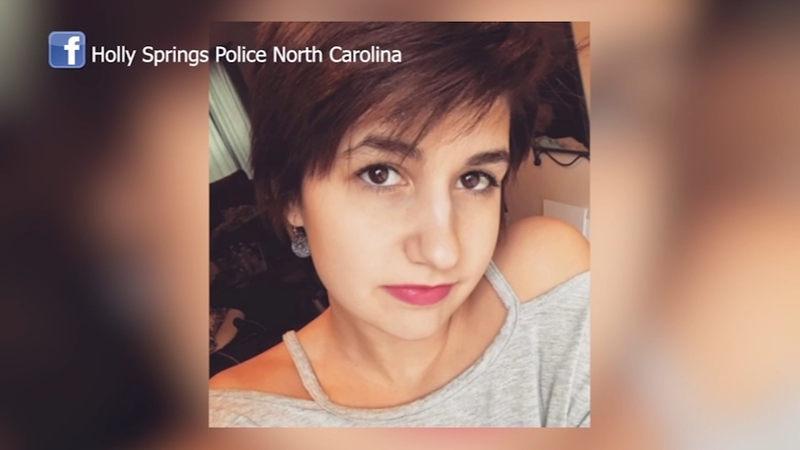 HOLLY SPRINGS, N.C. (WTVD) -- New court documents were released Tuesday in the investigation of the murder of a Holly Springs mother.

Holly Springs Police have been looking into Monica Moynan's disappearance for months now.

Her ex-boyfriend, Brian Sluss and his ex-wife, Jarlyn Sluss, have been named as persons of interest in the investigation.

No one has been charged with any crimes.

Warrants released Tuesday reveal that authorities checked the soil and took samples at Brian Sluss' parents' home in Bluefield, Virginia. They also searched the property and the surrounding area for signs of Moynan's remains.

The documents also revealed that someone claimed they saw Brian Sluss taking three big black trash bags to the dumpster around 2 a.m. to 3 a.m. about the time Moynan disappeared.

Earlier warrants showed the Raleigh/Wake City-County Bureau of Identification searched the kitchen area of her home in August and noticed signs of possible clean up on the tiles. When the tiles were removed, "a large area in between the cracks were positive for human blood," the warrants said.

The warrants released on Tuesday confirmed that the blood belonged to Moynan.

Moynan was first reported missing in July and was last seen in April.

Moynan's body has not been found -- but authorities have said they believe she is dead.

"Monica's case has gone from a missing persons case to a homicide case," Moynan's mother, Melanie Tucker, told ABC11 on Tuesday. "We have lost a daughter to a violent death and are suddenly responsible for raising her two daughters, our granddaughters (ages 4 and 1) who have most tragically had their mommy taken from them."