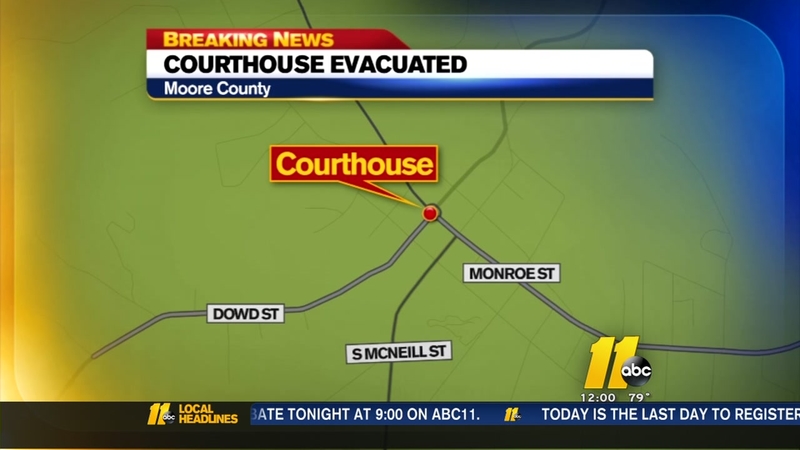 MOORE COUNTY (WTVD) -- Two courthouses in Moore County had to be evacuated Wednesday morning due to a bomb threat.

According to officials, an unidentified man called the Moore County Sheriff's Office around 8:45 a.m. to report "a bomb in the courthouse" and gave the time of 10:38.

Both the new and old county courthouses on Monroe Street near Dowd Street were evacuated, along with adjacent buildings, since the caller was not specific, authorities said.

All traffic in the area was also diverted.

Moore County sheriff's deputies, Carthage police and the Fort Bragg explosive ordinance disposal team were all called to the scene. A bomb dog also helped thoroughly search the buildings and did not find any type of explosive device.

The courthouses reopened around noon and has since resumed normal operations.