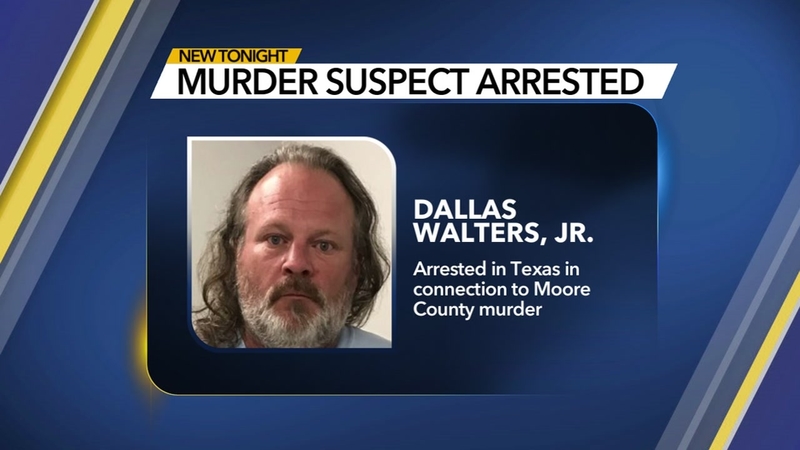 VASS, N.C. (WTVD) -- A man arrested in Texas on Saturday is suspected in a Moore County homicide.

Moore County Sheriff Ronnie Fields announced the arrest of Walters, in connection with the death of his roommate, Rex Hayes Watson, 57, of Vass.

Early Saturday, Moore County sheriff's deputies responded to the 400 block of Rollins Road in Vass after getting a tip from Texas authorities that a crime may have been committed there.

Once at the residence, deputies found a man's body in the home.

Walters is being held without bond pending extradition to Moore County at a later date.