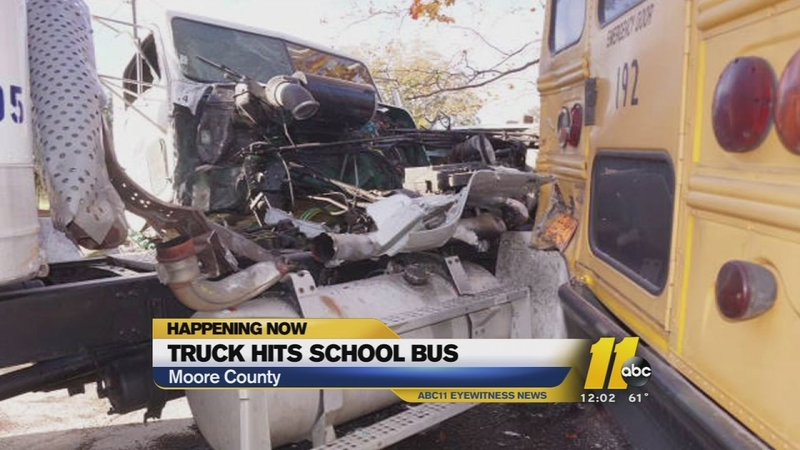 MOORE COUNTY (WTVD) -- Several people were injured when a school bus was hit by a truck in Moore County Friday morning.

It happened just before 8 a.m. on Roseland Road, near Sandpit Road in Aberdeen.

A Moore County Schools spokesperson told ABC11 that one of their buses was headed to Pinecrest High School when it was rear-ended by a semi-truck.

Authorities said the bus had just picked-up a child from a school bus stop when the accident happened.

EMS crews were called to the scene and checked out the four students on board and the school bus driver.

Two students were taken to the hospital for observation by their parents, while the other two went to school.

Both the driver of the school bus and moving truck had minor injuries.

A passenger in the truck, however, was flown to the hospital due to an head injury.

Charges are expected to be filed against the driver of the truck.