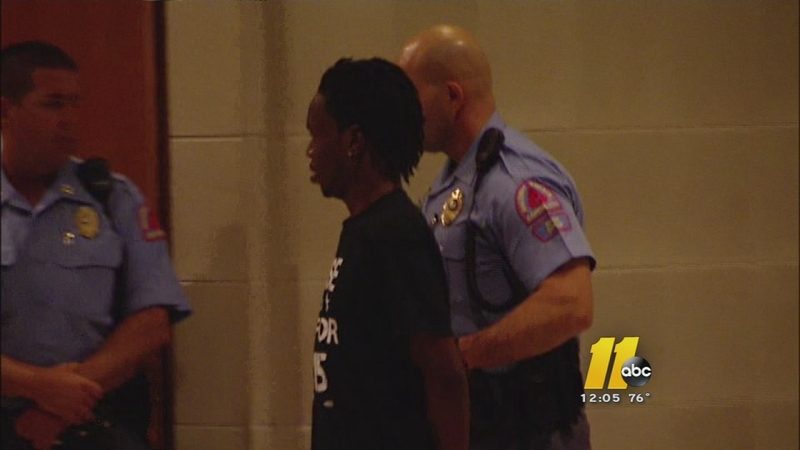 RALEIGH (WTVD) -- Fourteen Moral Monday protestors appeared in a Raleigh courtroom Friday to deal with their May arrests at the General Assembly.

They were charged with second-degree trespassing, a class three misdemeanor that's punishable by up to 20 days in jail.

The charges stem from a late May sit-in at House Speaker Thom Tillis' office. The protesters wanted to confront Tillis about what they believe to be harmful legislation, such as denying Medicaid expansion, cutting unemployment benefits, and passing a tax plan they say hurts the poor.

"The way the Legislature is rolling over the needs of the poor, the elderly like me, I'm 78, and fortunately I don't need Medicaid, but lots of people I know do," explained Rev. "Dick" Weston-Jones - who was one of the protestors arrested.

Another issue motivating many of the activists involves education and low wages for teachers.

"We are treating our teachers as if they are day laborers. We are going to ruin our school system," said Weston-Jones.

Although the protestors never did get to talk to Tillis directly, they're still hopeful that this will at least get his attention.

"I'd at least hope that, if anything, we raise awareness, to let him know that we are watching him, and we're not going to go away," offered protestor Rev. C. Anthony Jones.

The protestors pleaded guilty in exchange for serving 25 hours of community service. The charges will also be wiped from their records.