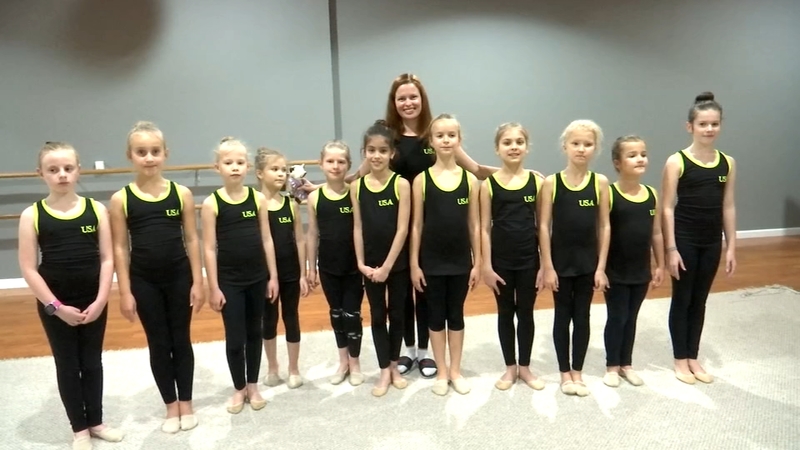 MORRISVILLE, N.C. (WTVD) -- A group of young ladies from Morrisville is in the afterglow of a significant athletic achievement.

Four competitive dancers representing not only their Wake County hometown but all of the United States. took second place at the World Cup of Aesthetic Group Gymnastics in October in Tallinn, Estonia.

Never heard of Aesthetic Group Gymnastics? You aren't alone. Think of it as a cross between ballet and gymnastics in a group setting.

The sport emerged about 20 years ago in Finland. It's been slowly gaining popularity and now has a special place in the Triangle.

Three years ago, Russian native Olga Bogdan moved to the United States with her husband, bringing her favorite sport along for the ride.

Olga, a former gymnast, transitioned to AGG in college and eventually became a coach. Now she's teaching the craft in Morrisville at Grace Studio, with many of her young students training three days a week.