WTVD
MORRISVILLE, N.C. (WTVD) -- Police are asking for the public's assistance in identifying two men involved in a string of car break-ins and a shooting in a Morrisville neighborhood.

On Tuesday, officers responded to the sounds of shots fired along the 100 block of Ruby Walk Drive at 5 a.m. On arrival, officers found one vehicle that had been fired into as well as a .45 caliber gun stolen from the car. While on scene, officers began to receive reports of other vehicles that were broken into.

In total, officers learned that 19 vehicles were broken into along Ruby Walk Drive and the surrounding area.

In total, officers learned that 19 vehicles were broken into along Ruby Walk Drive and the surrounding area.

Investigators believe the shooting into the unoccupied vehicle as not a random incident. 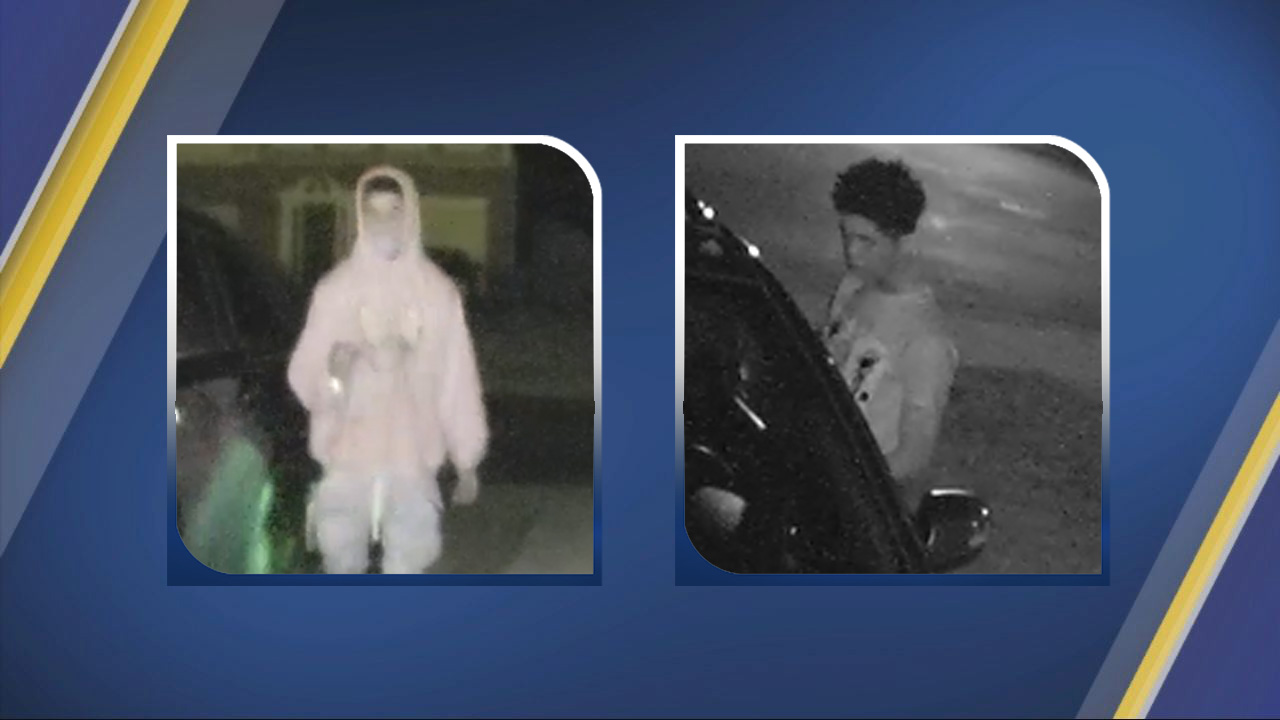 Anyone with information on the break-ins or shootings is asked to contact Morrisville police at (919) 625-1846. A cash reward is being offered in the arrest of those involved.
Report a correction or typo
Related topics:
morrisvillewake countybreak inshootingwake county news
Copyright © 2020 WTVD-TV. All Rights Reserved.
More Videos
From CNN Newsource affiliates
TOP STORIES