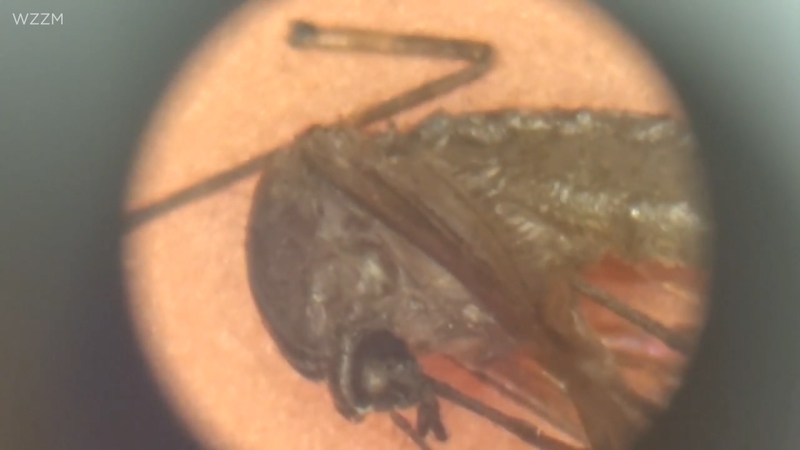 "Michigan is currently experiencing its worst Eastern equine encephalitis outbreak in more than a decade," Dr. Joneigh Khaldun, chief medical executive and chief deputy for health said in a statement.

"The ongoing cases reported in humans and animals and the severity of this disease illustrate the importance of taking precautions against mosquito bites."

There are typically about seven cases of EEE reported each year in the U.S., according to the U.S. Centers for Disease Control and Prevention, with those cases tending to be clustered along the Eastern Seaboard and in the Great Lakes regions.

In addition to Michigan, a handful of states, including New York, Florida, North Carolina, Georgia and Massachusetts have seen an uptick in cases, bringing this year's total to 73.

Last year there were only six cases reported nationwide.

EEE is transmitted by mosquitoes, usually in swampy areas where mosquitoes breed, so people who spend time working or participating in outdoor activities are at higher risk for contracting EEE. The disease cannot be transmitted from person to person. Symptoms of EEE include chills, fever, fatigue, and joint and muscle pain, which tend to set in around four to 10 days after being bitten by an infected mosquito.

About 30% of people who develop the disease will die of the infection and among those who survive, many will experience neurological problems, ranging from seizures to intellectual impairment to personality disorders, according to the CDC.

Health officials don't know exactly what's causing the uptick, since unlike more prevalent mosquito-borne infections, like West Nile virus, there's not much research on what causes mosquitoes to carry EEE in a given year, a Michigan health department spokesperson explained.