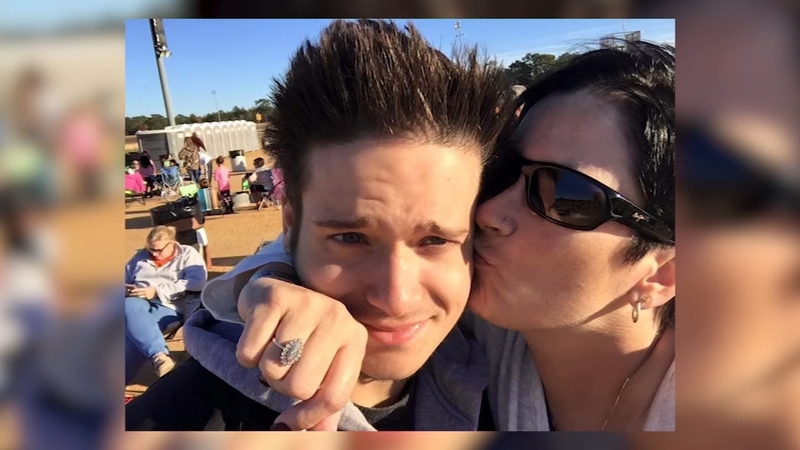 HARNETT COUNTY, N.C. (WTVD) -- North Carolina State Highway Patrol is searching for a driver involved in a hit-and-run on Highway 87 in Harnett County.

It happened just before midnight in the area of Highway 87 between Walmart and Nursery Road.

Christopher Cooley was pronounced dead at the scene. His mother, Shelee Murray spoke exclusively with ABC11.

Murray holds tight to the memories. Especially a family photo taken just two weeks ago. Everyone was smiling around a table full of pancakes. That same photo full of beaming smiles now holds pain.

"21st of November, 8 years ago I lost my husband in Afghanistan so we all went out to eat at one of his favorite restaurants so that was the last time I saw Christopher physically," said Christopher's mother Shelee Murray.

Christopher Cooley was just 23 years old. He died less than a week shy of his birthday. On Saturday, the State Highway Patrol rushed to Highway 87 after a driver slammed into him as he was walking home from work. The driver never stopped.

"Please have some human decency you know. I'm more mad that you didn't stop. I know accidents happen but to not stop, that's what makes me really angry," said Murray.

But what does give Murray an ounce of comfort is her son's Facebook wall. It was full of heart felt memories from friends whose lives he touched.

"You always wonder what kind of parent you are, What kind of kid you raised and I found out yesterday that I guess I did pretty good," said Murray.

Chris had been studying at Fayetteville Tech to become a chef. Born in Louisiana, cooking was in his blood.

"If he didn't make you laugh, he was going to make you full," said Murray.