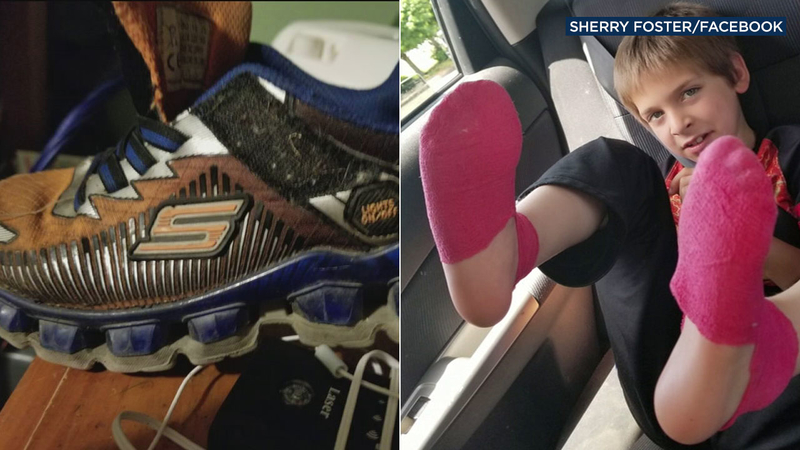 NEW YORK -- A mother in New York is sending out a warning after her son's feet were burned by a pair of Skechers tennis shoes.

Sherry Foster said her 9-year-old son suffered second-degree burns from the chemicals that leaked onto his feet.

He was wearing the Skechers S-Lights at school when they got wet, then batteries that are used to light up the shoe started leaking, burning his feet.

When he got home he took his shoes off and his feet were red and starting to blister.

He was treated at the hospital, but couldn't walk for a few days.

Foster said there was no warning that the shoes couldn't get wet.

In a statement, the company said: