Group raises money to bail women, caregivers out of jail before Mother's Day 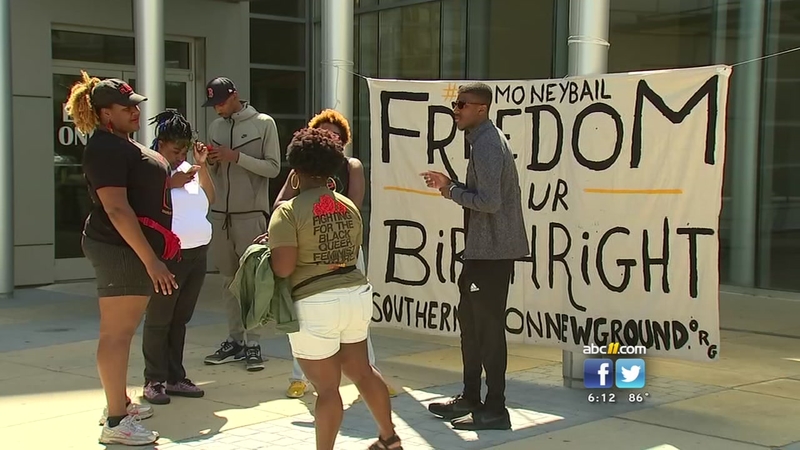 Group raises money to bail women, caregivers out of jail before Mother's Day

"We're literally just walking in with cashiers checks and bailing folks out," said A.J. Williams, the communications liaison for the group.

Williams was one of the dozens of supporters who waited outside the detention facility doors Wednesday, to take part in the group's "Black Mama's Bail Out Action."

"Black mothers and caregivers kind of anchor the family unit, and we want to make sure that folks are not losing their homes, losing their jobs, losing their children as a result of simply not being able to pay to get out of jail," Williams said.

Southerns On New Ground described itself on its website as a " regional Queer Liberation organization made up of people of color, immigrants, undocumented people, people with disabilities, working class and rural and small town, LGBTQ people in the South."
Through fundraising efforts, they raised about $18,000- money that's spent on helping women get released from jail so they can be home for Mother's Day.

"It's really an issue of equity," said Chalice Overy, the director of Ministries at Baptist Grove Church in Raleigh explained.

Overy met with many of the detained women and offered support and explained the bailout process.

"If the next person can get out just because they have the money to pay then this person should be able to get out as well," Overy explained.

Alongside legal and social work advocates, the group first must obtain the detainees consent, before attempting to have the bond amount lowered.
Their goal is to help release as many women as possible.

"I think it's extremely important. I mean what mother doesn't want to be with her children on Mother's Day," Overy said.

Following their release, SONG assists the women in their transition from incarceration back into society.

Last year, Overy noted many of the women released had cases eventually dismissed or were found not guilty.

She believes those results highlight the importance of the SONG's advocacy efforts.

"Thank God they weren't incarcerated for the months that it could have taken for that to be determined," explained Overy.

Advocates said they do not consider a person's charges as part of this process.

On Wednesday, the group aided four women's release and expected to assist three more on Thursday.