Police investigate murder of Cary woman found in her garage 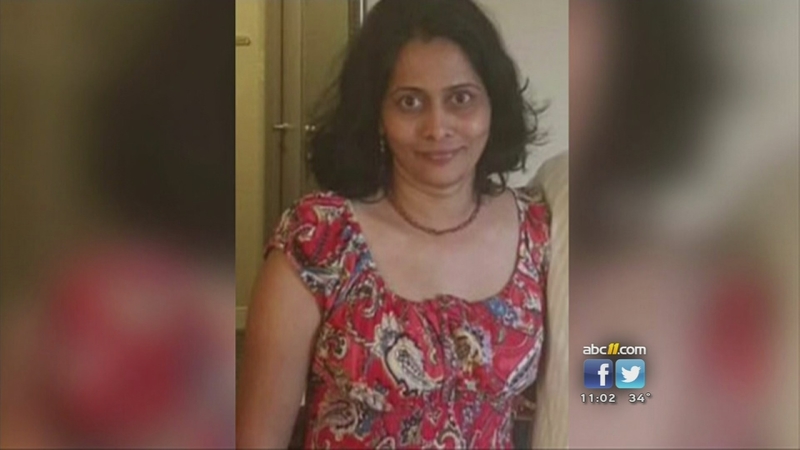 CARY, NC (WTVD) -- Dozens of people poured into a Cary funeral home Saturday to pay their respects to Nalini Tellaprolu's family. There was a visitation for the 51-year-old woman who was found dead inside her home.

She was found around 3 p.m. Thursday in the 2000 block of Roland Glen Road in Cary.

The 911 call from a neighbor describes Tellaprolu's son finding her body.

The caller says she was found by a car and was not moving or breathing.

This case marked the third death in Cary this year.

"Our thoughts are with Ms. Tellaprolu's family and friends as we work diligently to determine what happened to their loved one," said Police Chief Tony Godwin. "We want the community to know we're all working around the clock as this case is Priority #1 for Cary Police Department."

Tellaprolu was getting ready to celebrate her 52nd birthday at the end of the month. She worked at Duke Medicine, according to neighbors who spoke with ABC11.

Neighbors say she has two children, a daughter who's in law school and a son in high school.

Police are asking anyone who was in the Roland Glen Road area on December 17 to contact the Town of Cary Police Department at (919) 469-4012 or file a report anonymously with Cary Crime Stoppers at (919) 460-4636. Crime Stoppers pays up to $2,500 for the arrest or indictment of those responsible for committing certain types of crimes. All calls will be kept confidential at the caller's request.