Experts say 'murder hornet' not a threat in North Carolina yet 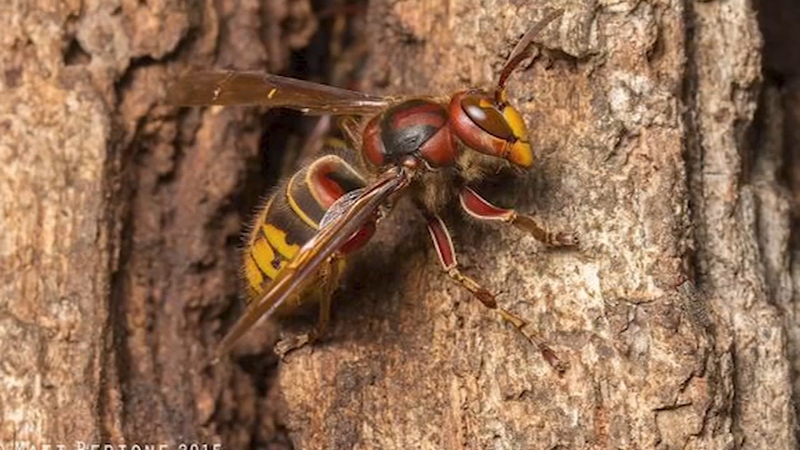 Experts say 'murder hornet' not a threat in North Carolina yet

RALEIGH, N.C. (WTVD) -- While the Asian giant hornet, also known as the 'murder hornet', made headlines over the weekend when it appeared in the US for the first time, North Carolina experts said residents in the Tar Heel state have other pests to worry about.

The Washington State Department of Agriculture said the bug was found in early December near the Canadian border.

And while the hornet has created quite a buzz, experts llike NC State professor David Tarpy said North Carolinians shouldn't be worried yet.

"I think we have bigger things to worry about," Tarpy said.

Washington state agriculture and health officials told the Associated Press the hornets are typically 1.5 inches long and have large yellow heads. The Queens can be up to two inches long.

While the name 'murder' may not apply to people, the insects do spell trouble for another bug.

"They are predatory of honey bee colonies over in Japan," Tarpy said. "So they can be a minor problem for beekeepers."

At this point, Tarpy said it's unlikely North Carolinians will see one in their backyard.

"The fact that it's only found in the Pacific Northwest and southwestern Canada gives us a lot of breathing space for it to get all the way from over there to here," Tarpy said.

Instead, Tarpy said North Carolinians should be more wary of species already in the area, like the European hornet--smaller in size, but similar to the Asian giant hornet.

"Anytime you're working stuff outdoors that hasn't been disturbed for a while, be aware that you could be disturbing--literally stir up a hornets' nest so to speak."

Tarpy said hornets will only sting in defense of themselves or their nests.

"If you just leave them alone, they'll leave you alone," Tarpy said.