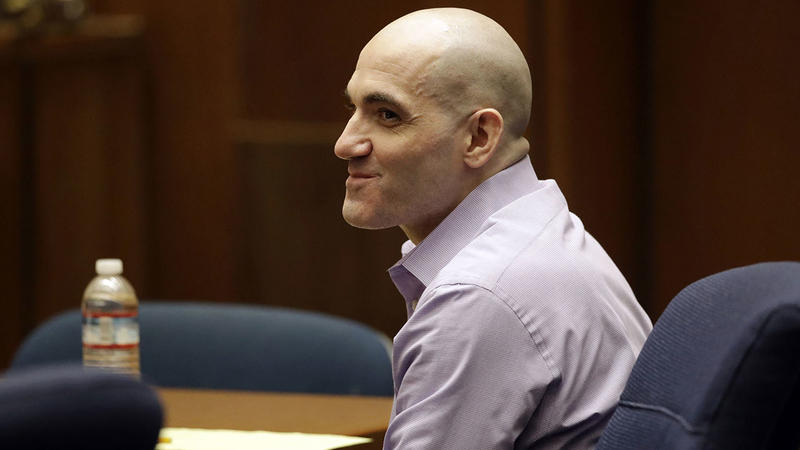 LOS ANGELES -- Michael Gargiulo, known as the "Hollywood Ripper," was found guilty Thursday in the stabbing deaths of two women and the attempted murder of a third in the Los Angeles area.

Gargiulo, 43, was found guilty of first-degree murder in the killings of Ashley Ellerin and Maria Bruno, and attempted murder in the attack on Michelle Murphy.

The crimes were all committed between 2001 and 2008, and one of the locations included an apartment complex in El Monte. The jury was allowed to visit at least two of the murder sites.

The prosecution alone had almost 250 witnesses on its list, including actor Ashton Kutcher - who was set to go out with Ellerin on the night of her murder - and Murphy - who fought back.

Gargiulo could face the death penalty.

WARNING: THE DETAILS OF THIS STORY MAY BE DISTURBING TO SOME

The prosecutor traced the steps of a serial slasher, saying Garguilo first ingratiated himself to his victims. He was the helpful nextdoor handyman, only to stalk them, break in, then repeatedly stab them.

It was a true Hollywood crime in the case of Ellerin, who on the night of her murder in 2001, missed her date with Kutcher to go to an after-Grammy party.

"Mr. Kutcher looked in the window and saw what he thought was spilled wine on the floor," Akemon told the jury. "We believe that was actually blood, and Ashley had already been murdered."

Akemon showed the jury pictures of all 47 stab wounds scattered throughout Ellerin's body. Gargiulo lived within a short distance of Ellerin's apartment and allegedly interjected himself into her life during the months leading up to her murder. He slashed Ellerin's throat so violently during the attack that he nearly decapitated her, according to the prosecution.

But Gargiulo's defense attorney, Daniel Nardoni, told the jury that the prosecution has no evidence his client murdered Ellerin.

"I can assure you at the conclusion of that presentation of evidence, you'll not find one single bit of physical evidence attributed to Ms. Ellerin's death," Nardoni said.

While Ellerin's murder was being investigated, the prosecutor told the jury that Gargiulo moved to El Monte and targeted his next victim, 32-year-old Maria Bruno.

The prosecution alleged Gargiulo stabbed Bruno multiple times, slit her throat and sliced off her breasts. Akemon played to the jury a 911 call made by Bruno's ex-husband, Irving Bruno. He found Maria Bruno's lifeless body laying on what he described as "a pool of blood" and told the dispatcher the perpetrator had cut off Maria's breast implants and "one of her nipples was placed over her mouth."

The district attorney says Garguilo targeted his first victim in 1993 in Chicago when he was 17. Tricia Pacaccio, 18, was stabbed to death on the stoop of her family's home in Glenview, Illinois. But it would be 15 years later he accidentally cut himself in a foiled attack against Michelle Murphy. Detectives linked his DNA.

The killing spree was enabled by skillful planning, authorities said. Gargiulo knew martial arts, studied forensic science and knew how to kill with a knife. His cover: he was an air-conditioning repairman, married with a child.