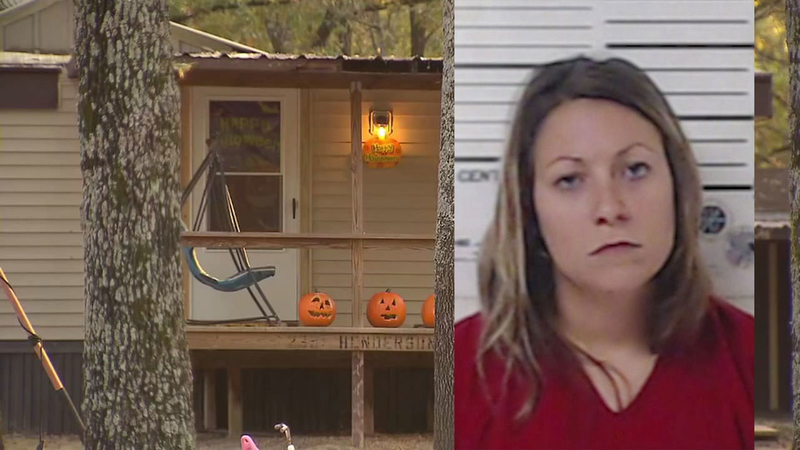 MABANK, Texas -- There are still many unanswered questions after a woman fatally shot her two daughters southeast of Dallas.

After a frantic call to 911 by Sarah Henderson's husband, officers found the bodies of seven-year-old Kaylee and five-year-old Kenlie.

On Thursday, Josh Henderson made three calls to 911 after his wife allegedly began acting erratically.

In the first call, Josh said Sarah was "freaking out like somebody's out to get her." He later called back to cancel a call for an officer.

But officers went to the home in Mabank anyway, where the couple told police everyone and everything was fine and no one needed help.

Three hours later, her husband made a chilling, more urgent call to 911.

As the Henderson County dispatcher tried to get more information, another shock.

Police rushed to the home and took Sarah in custody. She remains behind bars on suicide watch.

A judge set her bond at $2 million on a capital murder charge.

Outside the family's rural home, people have left balloons, crosses, and flowers in memory of the two girls.

Dozens of people came together Friday night to share their grief outside the same elementary school where the girls attended classes.

"I think this was important," said family friend Heather Marsh. "I think it's important to keep their spirits alive, their memory alive.

Marsh said regardless of age, the reality of Kaylee and Kenlie's murders are impossible to understand.

"Take it a day at a time," Marsh said. "Pick up pieces where we can, and just keep them alive in our hearts and spirits."