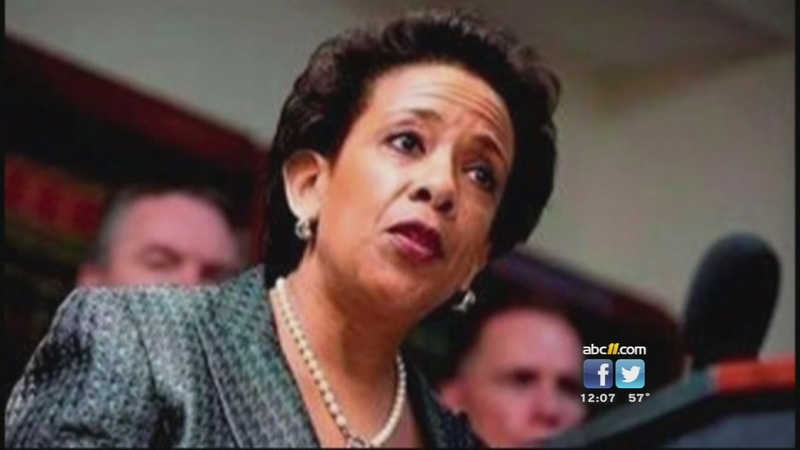 DURHAM (WTVD) -- The North Carolina NAACP is reacting to a decision by two state U.S. Senators to not support Loretta Lynch as the country's new attorney general.

If confirmed by the Senate, Lynch would become the first African American woman to hold the job.

Lynch, who grew up in Greensboro and went to high school in Durham, was recently grilled by senators on Capitol Hill; however, her responses apparently did not persuade both Republican Senators Richard Burr and Thom Tillis.

Both said her recent comments against North Carolina's voter ID law, which is being challenged in court, would show she would play politics and pursue "frivolous lawsuits against the state."

On Wednesday, leaders with the NC NAACP said Lynch was more than qualified for the job and the state senators' opposition is regressive.

"They are actively lobbying against the candidacy of Loretta Lynch," NC NAACP President Rev. William Barber said. "We say, in this season of Lent, turn around. Change it. It's wrong .. why are you attacking a daughter of North Carolina who has done everything right to come to this place."

Lynch does have Republican support from two other senators.

Her nomination was approved by the Senate Judiciary Committee, but it's unclear when the full Senate will take up the vote.