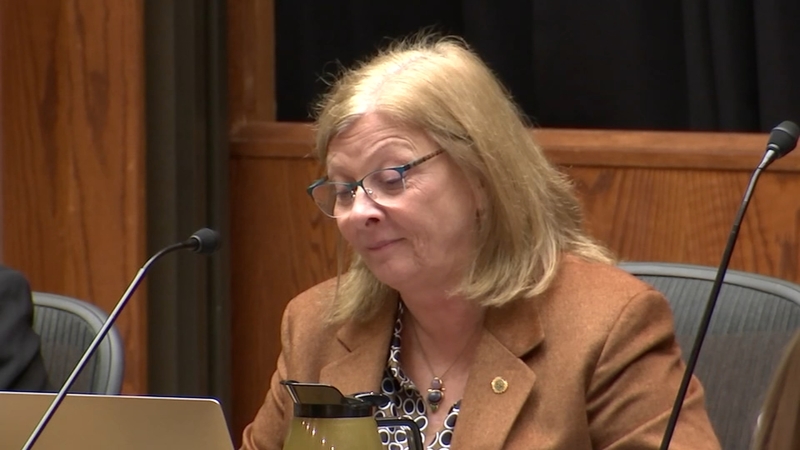 McFarlane reads love letter to Raleigh on her way out

With the trappings of a romance that blossomed over time, the letter ended with a gentle letdown and reassurances of a friendship that will remain intact.

"It's not that I don't love you anymore, I do," McFarlane recited. "Really, you're awesome. It's not you, it's me. I just need to start seeing other people. But I will always be here for you."

Raleigh's 35th mayor announced earlier this year that she would not seek re-election to a fifth term.

The inspiration for her unique farewell came from the days when she was preparing for her State of the City address.

"When someone asked me what the tone of my State of the City speech was going to be, was I going to criticize things? And I said no, it's just more of a love letter to Raleigh and that just made me start thinking about what would that look like?"

Raleigh’s 35th mayor closing out her final @RaleighGov council meeting with her granddaughter perched on her lap. In my one-on-one interview with @NancyMcFarlane last week she said she was most looking forward to spending time with her grandchildren. @ABC11_WTVD pic.twitter.com/kEcHnDP0p9

It was a lighter end to the meeting that got emotional in its final moments; outgoing council member Kay Crowder choked up while wishing the new council the best of luck.

Dickie Thompson did not seek re-election. The longtime friend of McFarlane's shared personal anecdotes about their families' relationship and how McFarlane urged him to run for office, crediting McFarlane with keeping their friendship strong despite disagreements they shared while on council.

It's a bittersweet end to 12 years of service on the city council, eight as its mayor.

In an exit interview with ABC11 the week prior, McFarlane opened up about the politics that she said had gotten too personal and painful, pleading with the new city council to fight together, not each other, for the things they care about.