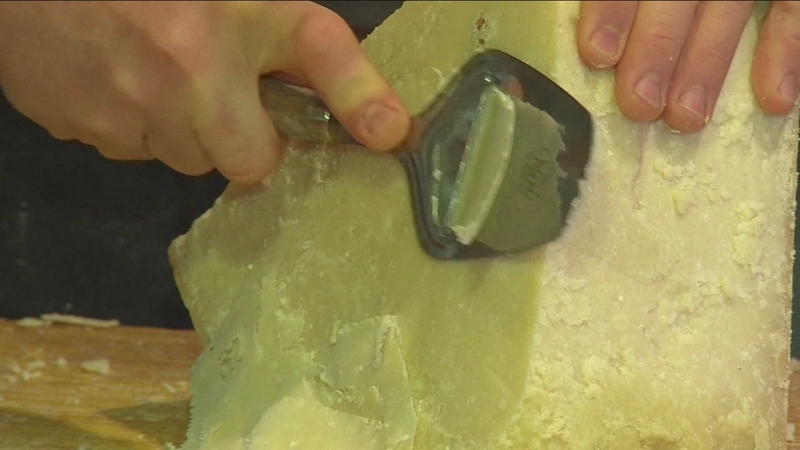 Today is National Cheese Day! The food comes from pressed curds of milk from cows, buffalo, goats or sheep. Cheese's texture and taste then come from temperature and aging-- as well as seasonings that can be added as it is made.

No matter how it is made it is a favorite for a lot of people. Here are just a few facts about this extra special food:

- According to the International Dairy Foods Association (IDFA), the most popular recipe with cheese in the United States is Macaroni and Cheese.

- There are around 2,000 varieties of cheese-- including cheese made with camel milk and reindeer milk. (Want to see the full list? Click here!)

- Cheese was invented by accident 4,000 years ago. According to the IDFA, it was made accidentally by an Arabian merchant who put his supply of milk into a pouch made from a sheep's stomach. The rennet (an enzyme) in the lining of the pouch, combined with the heat of the sun, caused the milk to separate into curd and whey. That night he found that the whey satisfied his thirst, and the cheese (curd) had a delightful flavor which satisfied his hunger. (Read the full story here.)