National Coming Out Day: Coming out during a pandemic

By Ryan Prior, CNN 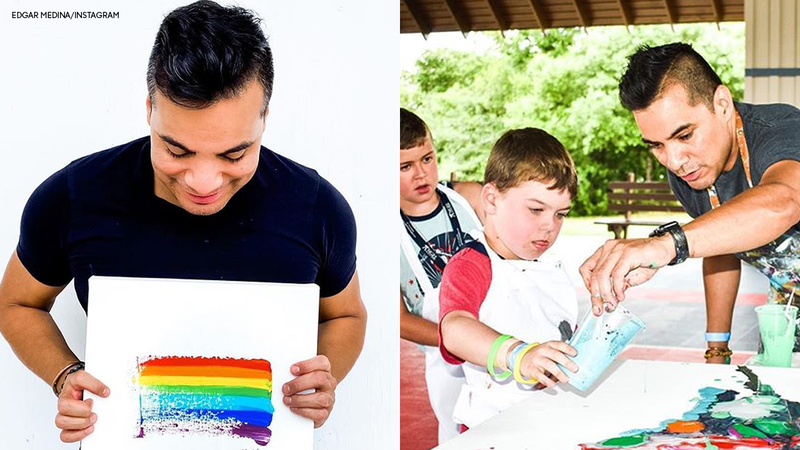 'Be Your Own Rainbow' project gives back to LGBTQ

Erica Woodland first came out about his queer identity in middle school. In the last few years, he came out as transgender, and introduced his family to his new pronouns.

Whether we come to understand our sexuality personally, with our family or with our broader community, coming out is a process, said Woodland, a clinical psychologist and founder of the National Queer and Trans Therapists of Color Network.

October 11 is National Coming Out Day in the United States, celebrated each year to mark the anniversary of the 1987 National March on Washington for Lesbian and Gay Rights.

After generations of progress in the LGBTQ community, marked by milestones such as the Stonewall Riots 51 years ago and the US Supreme Court decision for marriage equality in 2015, coming out is more accepted than it used to be. And it doesn't just happen once.

"Coming out is not one event. I experience this in my own coming out, which is still evolving," Woodland, who uses he/him pronouns, said. "I feel like I have had several coming-out events."

Coming out is harder during a pandemic

"The pandemic has meant being by myself a lot and thinking about what I want as a person," said Mya Ratcliff, 20, a freelance artist based in Atlanta who came out as pansexual and queer just before she turned 18.

She had moved into the city hoping to spend a lot of time at concerts and parties, but the pandemic has made staying in close-knit community with LGBTQ folks a little trickier.

"I haven't been able to go to a lot of places," she said. Instead, she now FaceTimes with several LGBTQ friends.

And she expresses herself through queer pieces of art, through painting commissions and working in clay.

"I incorporate a lot of women into my art because women are beautiful," she said.

Fully embracing their identities has been an issue for LGBTQ youth around the nation.

More than 40% of LGBTQ youth reported that the Covid-19 pandemic had affected their ability to express their LGBTQ identity, according to a poll released last week by Morning Consult on behalf of The Trevor Project, an organization with a 24/7 suicide hotline for LGBTQ youth in crisis.

One-third said they were unable to express themselves at home, the poll found, and nearly a third of transgender and nonbinary youth reported not feeling safe in their living situation since the start of the pandemic.

That poll also highlighted the negative impact on well-being from news reports of violence against Black people, particularly severe among Black LGBTQ youth, 78% of whom reported that the news had a negative impact.

"This year has been difficult for everyone, but it has been especially challenging for LGBTQ youth, and particularly Black LGBTQ youth, who have found themselves at the crossroads of multiple mounting tragedies," said Amit Paley, the CEO and executive director of The Trevor Project.

The organization reported that calls to its crisis support line (which is 1-866-488-7386) have doubled from the pre-pandemic volume.

The group also offers a wealth of resources, including a coming-out handbook, to help support youth during the pandemic and throughout their lives.

More youth had been coming out

Just under 2 million young Americans ages 13-17 identify as LGBTQ, or about 9.5% of the youth population in the US, according to data released in September by the Williams Institute, a think tank at UCLA School of Law focused on LGBTQ law and public policy.

But being open can also come with a cost. The overall LGBTQ population is nearly four times more likely than non-LGBTQ people to experience violent victimization, according to a study by Williams Institute scholars published this month in the journal Science Advances.

That study, which used data from the National Crime Victimization Survey, conducted in 2017, showed that LGBTQ people had higher rates of serious crime victimization in nearly every type of violent crime except for robbery.

Those are all issues Woodland tries to tackle with his clients and therapy support network.

He focuses on using healing justice as a frame for how people move into their identities, rather than talking about mental health, a term that can be problematic for vulnerable communities at risk of exploitation by racism, ableism or drugs.

"The root of our suffering often has to do with structural violence," he said.

So coming out as LGBTQ can be particularly fraught for people of color, who may already feel at risk in their daily lives. And the coronavirus pandemic adds another layer on top of that.

During the pandemic, many who have found a safe and supportive community to love them as they explored their own sexuality may have had to move home or to take up living situations that are less conducive to feeling comfortable moving out.

In LGBTQ communities, one's "chosen family" can play a more important role in one's life than one's biological family. Being separated from that chosen family during the public health crisis can cause emotions that feel "intense and unmanageable," according to The Trevor Project.

That could be feelings of boredom and restlessness that could lead to substance abuse or engaging in risky behaviors to relieve those feelings. Or the pandemic could force people to stay with family members with whom relationships might be tense.

"People are sheltering in place and some of those environments are extremely toxic," Woodland said. "It can be with people who are not supportive and that takes a toll emotionally and spiritually. The pandemic is exacerbating things that have already existed."

For instance, gay clubs, long a cornerstone for exploring one's burgeoning sexual identity, may not be an option, given the risk of infection.

"You need peer support to be able to navigate that," he said. "First and foremost, find your community, find your people."

"Something I think is important is allowing people to have their own unique process." he said. "The coming-out process is so sacred. Carve out space and be in deep curiosity."