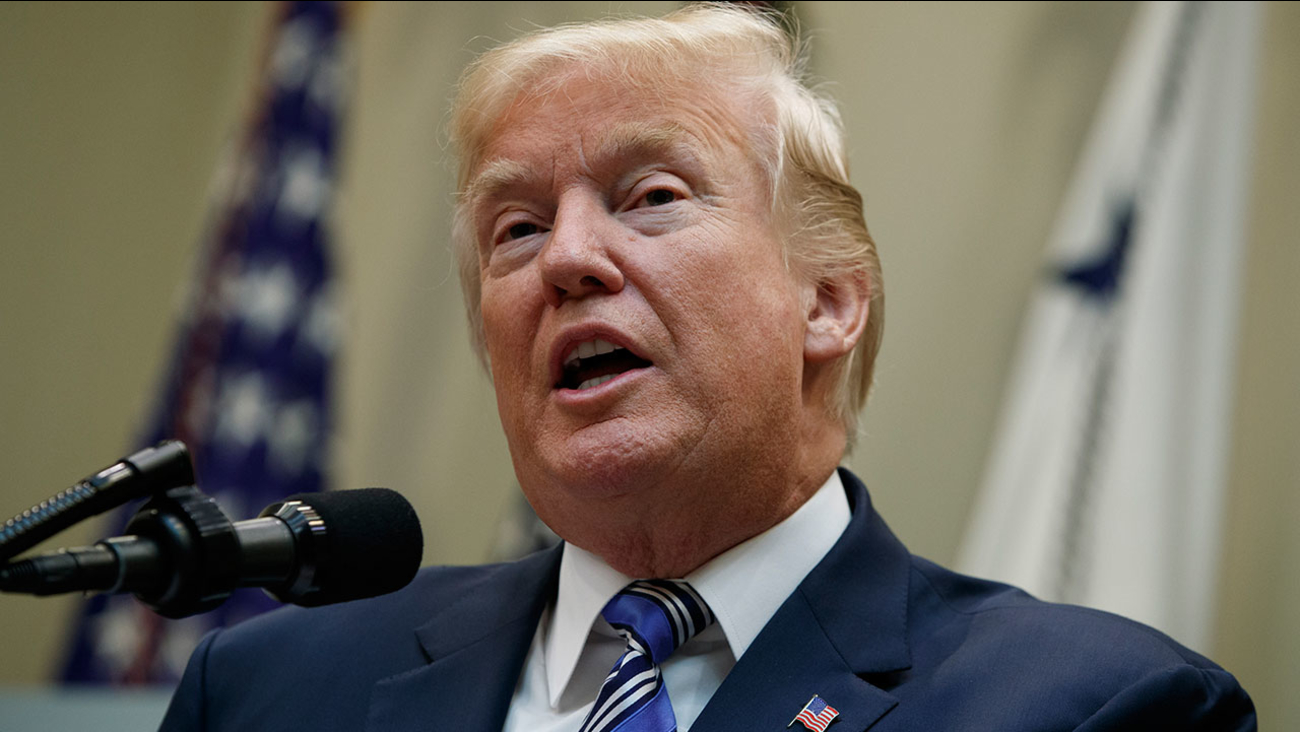 WASHINGTON -- President Donald Trump has signed a proclamation directing the National Guard to be deployed to the US-Mexico border.

Trump said Wednesday in a memorandum to his secretaries of defense and homeland security and to his attorney general that the "situation at the border has now reached a point of crisis."

The document orders the Secretary of Defense to support the Department of Homeland Security in securing the southern border to stop the flow of drugs and people.

And it orders the agency heads to submit a report within 30 days outlining what other steps can be taken.

Trump says that "lawlessness" at the southern border is "fundamentally incompatible with the safety, security, and sovereignty of the American people." And he says his administration "has no choice but to act."