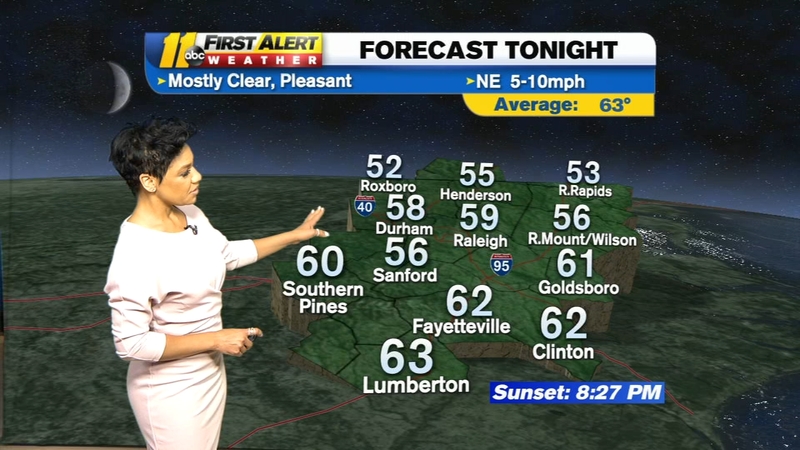 RALEIGH, N.C. (WTVD) -- The first named tropical system of the 2022 Atlantic hurricane season will likely form in the coming days.

According to the National Hurricane Center, Potential Tropical Cyclone One has sped up drastically, now traveling more than 20 miles per hour, expecting to become sub-tropical or tropical overnight night into Sunday.

The system is now exiting Florida after dumping heavy rain from south Florida up as far north as Orlando. The storm system has a 90 percent chance of becoming a tropical system. If that does happen, the system will be named Alex.

The storm system is not going to cause major impacts in North Carolina. Wind gusts will start picking up at the coast Sunday as the system makes its closest approach to the Tar Heel state.

All weekend, conditions in the water off the North Carolina coast could be dangerous. Waves will increase in size and the rip current threat will be high. Any swimmers should use extreme caution.

What is a "Potential Tropical Cyclone?"

That naming convention may appear strange to some people, but it's a common strategy the National Weather Service employs for some storm systems.

The systems that become Potential Tropical Cyclones are storm systems that have not yet become tropical in nature, but they are expected to do so in the not-so-distant future.

Using that naming convention allows the National Weather Service to issue watches and warnings and begin developing the storm's cone of uncertainty. That allows the NWS to get an early start on warning people who are potentially in the storm's path.