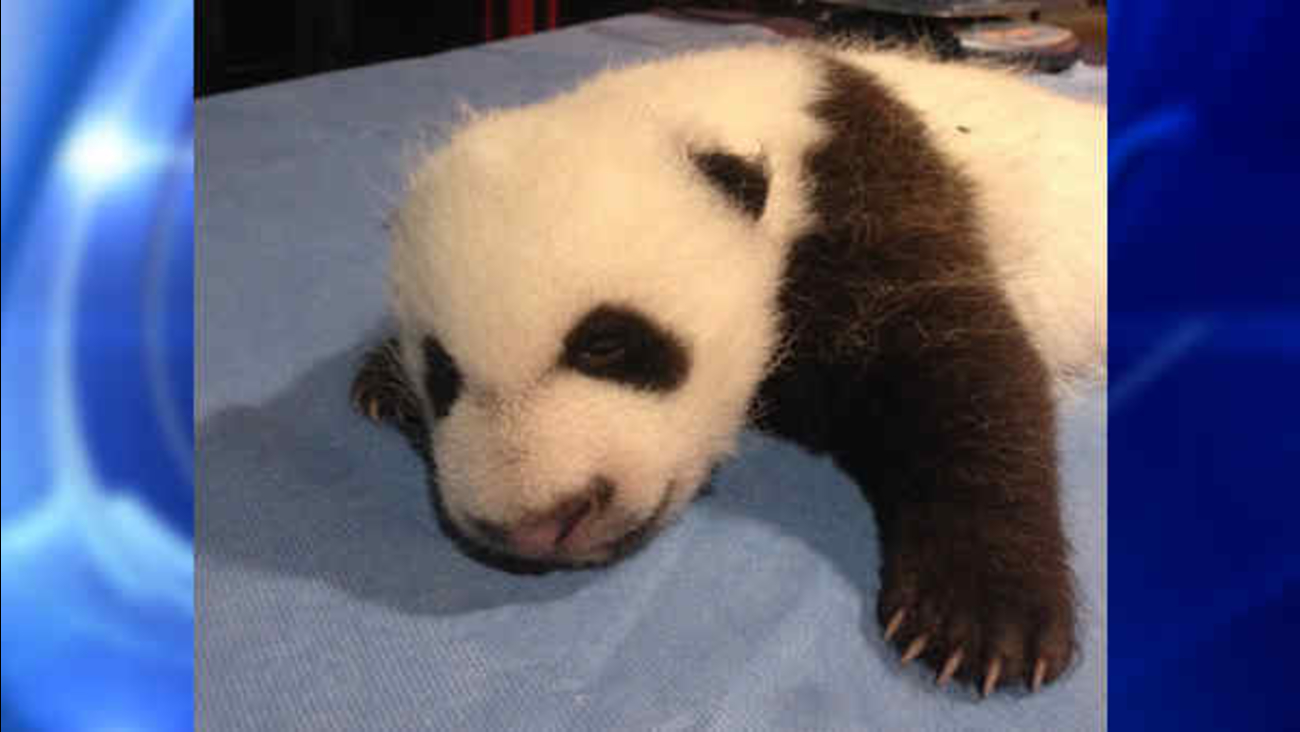 Bei Bei now weighs 5 pounds and, from head to tail, is just shy of 14 inches long. He is also starting to develop teeth and ear canals.

The cub has distinct black-and-white markings on his back that closely resemble those of his father, Tian Tian.

The cub is the survivor of a set of twins. The other cub died four days after it was born.

Zoo officials say the cub is sleeping through much of the day, which is normal.