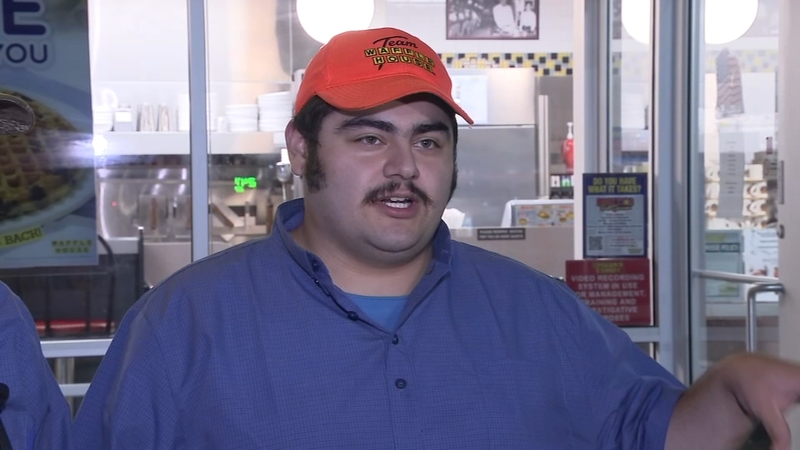 BENSON, N.C. -- A person was killed and several children were rescued when a driver collided with a power pole on NC-210 in Benson Wednesday morning, causing the vehicle to catch on fire.

Johnston County dispatch confirmed a person was killed in a single-vehicle crash and three others were taken to WakeMed Hospital in Raleigh. The accident happened around 2:15 and occurred near Raleigh Road, close to West Johnston High School.

Employees at a nearby Waffle House heard the crash and left the restaurant to help a woman inside the car by carrying her and the children to safety. They say the car hit a pole and then a tree before a fire started.

"I started running over there," Tyler Martinez said. "By the time I got into the car is when I saw the female turn around and try and get her kid out. The fire started in the engine area. At that point, I swung open the door and helped her get the baby in the car seat out. She hopped out and gave me her other kid. I carried pretty much all three of them over to where the field is."

"It's just an instinct, to make sure that that person is OK and if you can help them, help them," Ashley Henson said.
Report a correction or typo
TOP STORIES
Snow, then icy conditions as winter storm moves over central NC
Roads began to deteriorate as snow, ice accumulate
Delta flight slides off runway after landing at RDU
City, county governments close services as wintry weather hits NC
LATEST: Deadline extended for House Wake COVID relief program
Raleigh Police investigate after man shot
Ford recalls 200K cars because brake lights can stay on
Show More
Laundrie claimed responsibility for Petito's death in notebook: FBI
US confirmed 1st COVID case 2 years ago today
Louie Anderson, Emmy-winning comedian, dies at 68
How to drive on snow, ice and get out of a skid
Raeford man killed in Fayetteville motorcyclist crash
More TOP STORIES News