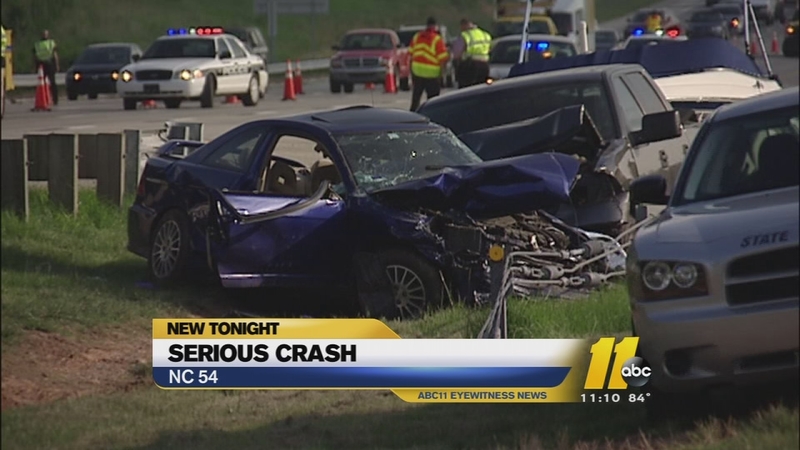 WAKE COUNTY, N.C. (WTVD) -- A severe accident closed down three of four lanes of NC-540 northbound near Morrisville during the Wednesday evening commute.

Police say it happened about 5 p.m. when a BMW was stopped in one of the center lanes. As traffic was slowing down, the driver of a Honda, 23-year-old Brendan Dowd, of Carrboro, swerved to the left to avoid a collision, but his vehicle struck the BMW.

The impact caused the BMW to spin around and caused the Honda to move into the far left lane and into the path of a Ford F-150 pick-up truck pulling a boat. The front of the Ford F-150 hit the driver's side door of the Honda.

Dowd had to be extricated and was taken to the hospital for treatment of critical injuries.

No charges have been filed, but the accident remains under investigation.

Even though this crash happened in Wake County, responding agencies included the State Highway Patrol, Morrisville police, and Durham police.