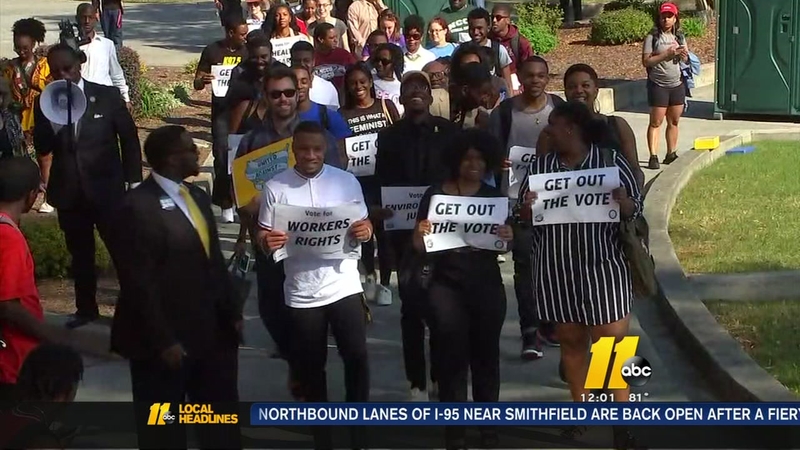 March to the polls at NCCU

State NAACP President Rev. Dr. William Barber led the walk and spoke at a rally before participants marched to cast their ballots.

"North Carolina is right in the center of the national debate and can literally determine who will sit in the White House," Barber said.

Barber also spoke about the organization's victory in a lawsuit challenging the voter ID law. Opponents of the voter ID law say it would have kept some minorities from voting. North Carolinians do not need to show an ID to vote in the 2016 General Election.

"More people can actually go out and vote without all those requirements that they would have to do before the voter suppression laws were lifted," said North Carolina Central University Student Khadijah Ray, who attended the rally.

Rev. Barber spoke out against changes to the polling site on campus. It will now be open nine days instead of 17, starting on Oct. 27. He said students are determined to cast their ballots.

Students say there are benefits to voting early.

"You won't have to be standing in line for a long time," said North Carolina Central University Student Jamiece Hargrove. "It quickens the process."