AP
RALEIGH, N.C. -- The North Carolina Republican Party canceled its annual in-person convention on Tuesday, citing the state health director, who warned such a high-risk gathering for spreading COVID-19 could puts lots of delegates in the hospital.

The convention was originally set for May in Greenville, but GOP officials delayed the event until the second week of July, citing the coronavirus outbreak. Now they'll hold a virtual-only convention to choose delegates to the Republican National Convention, elect party leaders and complete other business, state party Chairman Michael Whatley said.

The cancellation marks the second blow to the state party during June.

Earlier in the month, Republican National Committee leaders said most of the national convention would be moved out of Charlotte. President Donald Trump wanted assurances from state officials that he could have a full arena for his nomination acceptance speech without face coverings. Democratic Gov. Roy Cooper said those conditions likely would be impossible given the pandemic's reach in the state. Trump is now accepting the nomination in Jacksonville, Florida.

Whatley put the blame for the disintegration of the state convention upon Cooper and his administration. He said the party had agreed to limit attendance at the Greenville Convention Center to less than 25 percent of capacity, require masks and take other precautions to protect delegates and others.

But state health director Betsey Tilson recommended to a party attorney this week not to hold the in-person event, especially given the recent increases in the numbers of COVID-19 cases and hospitalizations. These trends led Cooper last week not to loosen business and assembly restrictions until at least July 17.

"The risk of this event could result in a large number of cases and severely ill people requiring hospitalizations and could jeopardize our ability to move forward in easing restrictions." Tilson wrote Monday.

In an open letter to Republicans, Whatley wrote that "we are deeply disappointed that Gov. Cooper and his team have made it impossible for us to move forward with a physical convention."

Tilson had offered ways to modify the event to decrease the risk of transmission because "you insist you will proceed with the event." Those recommendations would have capped business sessions to about 150 people and meals to 65 people, she wrote. The state GOP had once expected 1,250 people to attend a full convention, according to her letter. 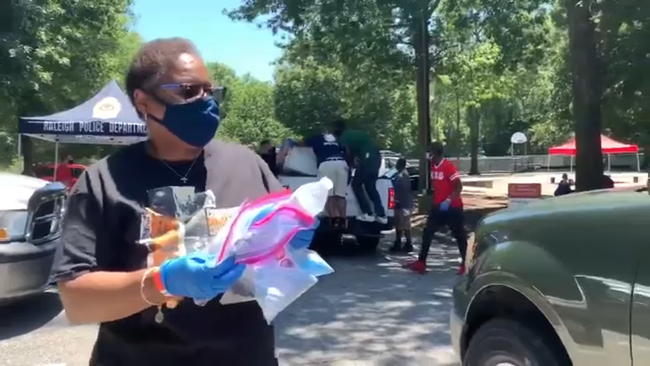