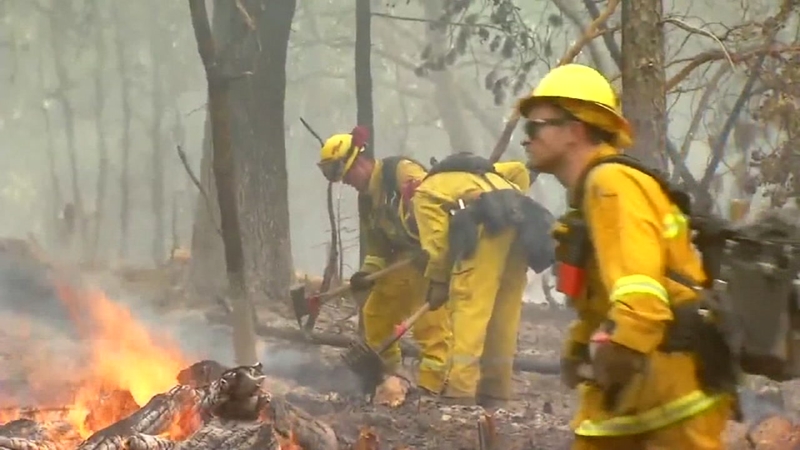 Fires continue to rage out of control in California.

Authorities say 16 of the wildfires have scorched 320,000 acres --an area larger than the entire city of Los Angeles.

The fires have also killed six people and displaced 32,000.

There are more than 20 crew members from the North Carolina Forest Service aiding the efforts. They are specifically helping with the Ferguson Fire, which has engulfed nearly 63,000 acres.

"As wildland firefighters, it's what we're trained to do -- whether it is here in our own state or outside the borders of North Carolina," said Greg Hicks, forest protection division director for the NC Forest Service. "It's something that shouldn't be taken lightly."

The Carr Fire is considered the sixth most destructive fire in California history.

"The group of wildland firefighters is very small when you look at us across the nation," Hicks said. "We are all in to help support each other. Each instance is a little bit different and at the end of each instance, we take those lessons and move forward to the next one."