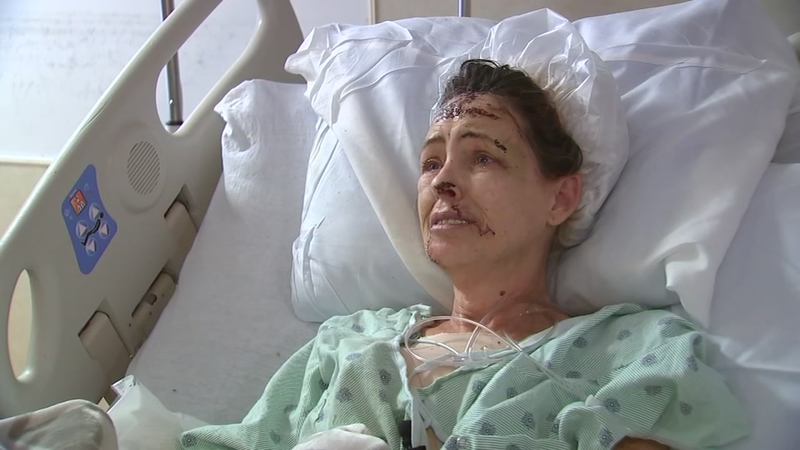 HOPE MILLS, N.C. (WTVD) -- A plane crash destroyed her home late Thursday night and now Loretta Parker is in the hospital, recovering from the injuries she suffered in the accident that killed her husband.

The small plane crashed into her home near Pasadena Avenue around 11:30 p.m. that night.

Lying in a hospital bed, Parker spoke exclusively to ABC11 on Monday.

"The world is a much lonelier place without him," she said, hooked up to hospital monitors that beeped in the background.

She's the lone survivor of the crash that killed her husband, Henry, and the pilot, Bill Merritt.

"You don't think an airplane is going to drop right out of the sky and into your bedroom," she remarked.

Like the debris at her home, Parker's memory of the whole ordeal is still a little scattered.

Parker was actually trapped under piles of rubble.

"At first I thought maybe I was dreaming. But it was really real and really dark," she said. "I started just pushing away things and I was yelling 'help!' but it was like a whisper."

Only one EMS worker -- who she hasn't had the opportunity to thank -- heard her muffled cries.

"I was in so much shock and pain that he ended up picking me up and carrying me to the ambulance like a baby," she said.

Parker said she's still processing the fact that when she returns home, her husband won't be there.

"He is very much my soulmate and I don't know how I'm going to make it without him," she said through tears. "I'm thankful for the time I had with him. But I miss him."

Henry Parker leaves behind his sons Derek and Chance and his daughter, Chelsea.

"He loved his children immensely and he thrived on providing for them, and he made sure they had everything they needed," Loretta said.

"She was Henry's best friend and was extremely loyal to him," Loretta said. "But we lost her but, you know, I find a little comfort knowing that she went with him."

It's unclear what caused the plane to barrel into the home -- whether it was pilot error or a plane malfunction. Either way, the family wants answers.