Already delayed, North Carolina primary could be moved to June 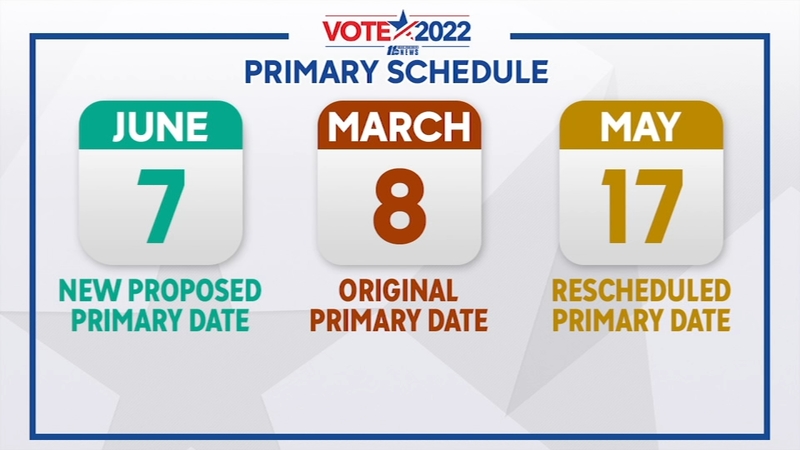 Already delayed, North Carolina primary could be moved to June

RALEIGH, N.C. -- In a move that comes as no surprise to political insiders, the North Carolina Senate is poised to vote Wednesday on moving the already delayed primaries from May 17 to June 7.

The move comes as just last week, a three-judge panel unanimously ruled the current districting maps were not unconstitutional. The ruling was appealed and the state Supreme Court will take oral arguments on Feb. 2. Following that date, the State Board of Elections said it would need to have the maps finalized by Feb. 14 only if it wanted to keep the current primary date on the books.

However, the law states legislators need at least 14 days to redraw the maps if a court strikes them down. Thus, leaving no choice but to move the date of the primary.

"The extremely short timeframe is not necessary and can be lengthened by moving the state's primary elections to June 7," a news release from Republican Sen Ralph Hise's office said. Otherwise, it "is not fair to potential candidates and increases the likelihood of confusion and chaos."

The bill would push the May primary for U.S. Senate and House seats, the General Assembly, and scores of judicial and local positions.

"The extremely short timeframe is not necessary and can be lengthened by moving the state's primary elections to June 7," Senate Leader Phil Berger's office said.

Any election date change likely would need some Democratic support to become law. Democratic Gov. Roy Cooper isn't on the ballot this year but would be asked to sign any measure into law. Republicans lack veto-proof majorities in the state House and Senate.

"We shouldn't be in this mess," said Wake County congressional candidate Nathan Click. "I understand that a lot of people may not be too familiar about how the about how all the components work. And it can be complicated, but trust me when I say it's very important, and we don't get to any of the other issues that matter to a free and fair democracy unless we resolve this one. And unless we, if we don't resolve it, it just opens the gateway for corruption. Very bad authoritarian system for the rest of us."

A case could be argued that it would have made the most sense to move the primaries before this ordeal took place.

"The legislature concluded the redistricting process a month before the candidate filing period opened," Berger's office said. "There was no reason to delay the primary back then. The entire process was finished on time and on schedule."

State law had set the primary for March 8, but the Supreme Court last month delayed it to mid-May while litigation challenging the legislative and congressional maps the GOP-controlled legislature approved in November were heard. It would appear to be a massive undertaking to resolve the lawsuit -- especially if lines are declared unconstitutional and legislators redraw them -- and still have time to run the primary election on its current date.

Click, a Democrat, is hopeful that the state Supreme Court, where registered Democrats hold a 4-3 seat advantage, will rule in a favorable manner for him and others in his party.

"We know that the state Supreme Court has decided in the past that partisan gerrymandering violates the state constitution," he said. "And I can't think of a situation where we get more Democrat voters in a state, but less Democrat representation for the state. That math just doesn't work."

House Speaker Tim Moore, R-Cleveland, told The Associated Press in an interview Monday that he feels a three-week delay is warranted. "It gives us all time to work on something," Moore said. "Because of the schedule ... we think it wise to move back the primary for a short period of time."

The lawsuits allege many districts are unlawful partisan gerrymanders and dilute the voting power of Black residents, stacking the deck for the GOP in future elections. Republicans rejected those claims and said the process that created the districts was fair and transparent and racial demographics were not even used as a factor in drawing the lines.

The legislature hasn't held a voting session since late November, but the House and Senate have been holding pro forma sessions since late December in part to have a ready method in place to address remapping or election alterations.