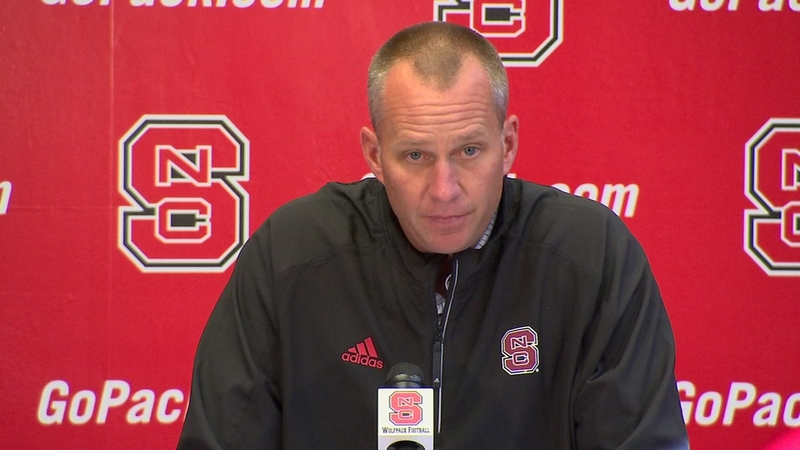 The Wolfpack are 5-6 heading into their final regular season game against rival UNC. Their season has largely been defined by near-wins and head-scratching losses.

Doeren called this year "probably my most challenging."

He noted that there have been many opportunities the Wolfpack have not capitalized on. Earlier in the year NC State missed a game-winning field goal against division-leading Clemson. The Wolfpack lost in overtime.

"We know you (the fans) want better results, but we're never going to quit fighting and believing in what we're doing," he said.

Despite the team's struggles, he said he is proud of their resiliency and noted that they are more together than ever. He said the players' resolve and excitement, as well as his own, has only grown.