NC State's Jaylon Gibson and DJ Funderburk celebrate as the game draws to a close against Davidson on Thursday night. (Matt Strasen)

DENTON, Texas (WTVD) -- DJ Funderburk scored 21 points and Manny Bates added 14 on a perfect 7-for-7 shooting performance as NC State used its inside presence to dominate in-state opponent Davidson on Thursday night in their NIT opener.

Davidson had proven a tough opponent all season, including a two-point loss to Texas back in November. But with their 3-point shooting touch off for much of the game, the Wildcats couldn't match the Wolfpack's inside presence. Funderburk and Bates combined to make 15 of 17 shots. 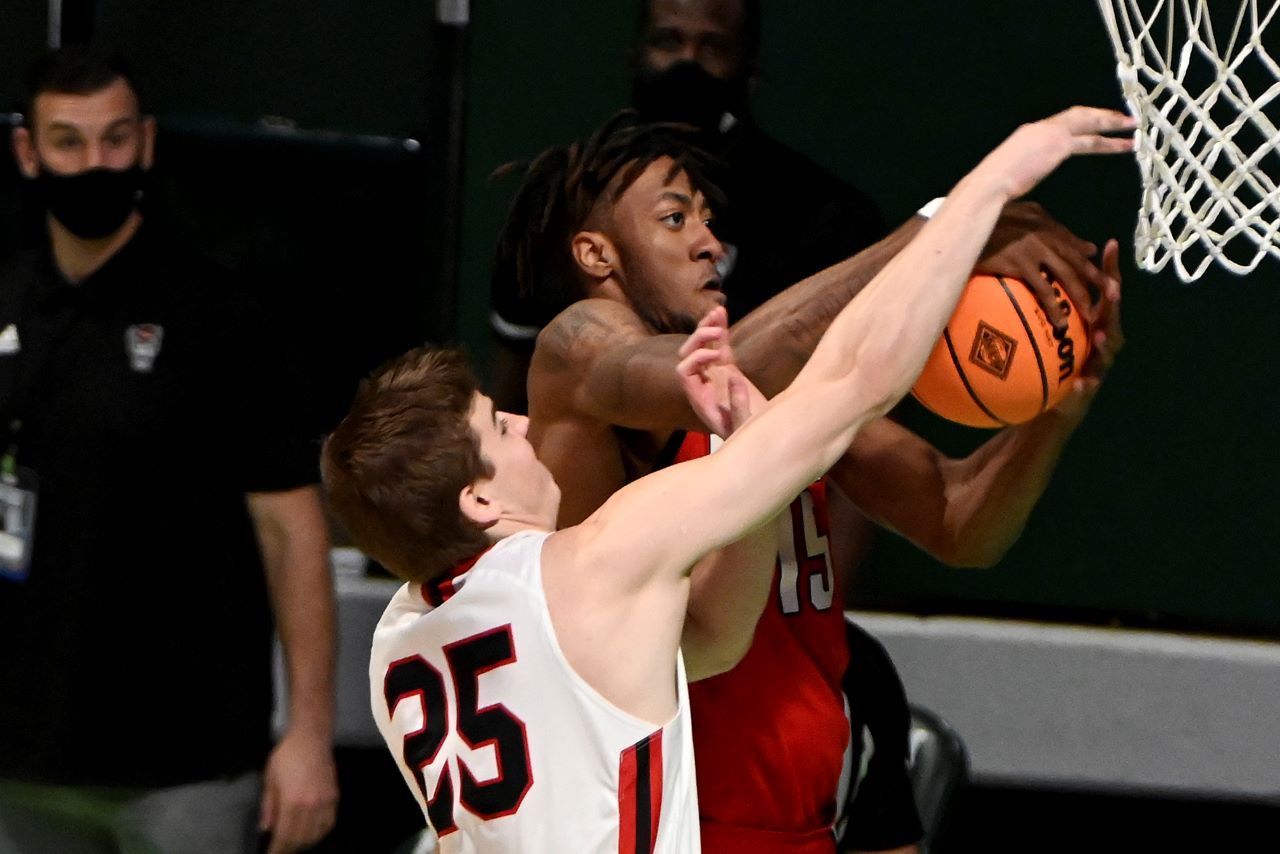 NC State center Manny Bates helped dominate Davidson inside in the opening game of the NIT in Denton, Texas.

NC State made 7-of-17 shots from beyond the arc, offsetting the seven 3-pointers made by the Wildcats, who took 24 attempts.

Jericole Hellems added 13 points for the Wolfpack, which shot 58.8% from the floor and took a 40-32 halftime edge. The Pack maintained a double-digit lead for almost the entire second half.

The Wolfpack (14-10), who improved to 11-2 in the first round of their 13 NIT appearances, will play the winner of Friday's game between Colorado State and Buffalo next Thursday in the 16-team tournament.

This year's tournament is taking place in the Dallas-Fort Worth metro area at the University of North Texas Coliseum in Denton and at the Comerica Center in Frisco.