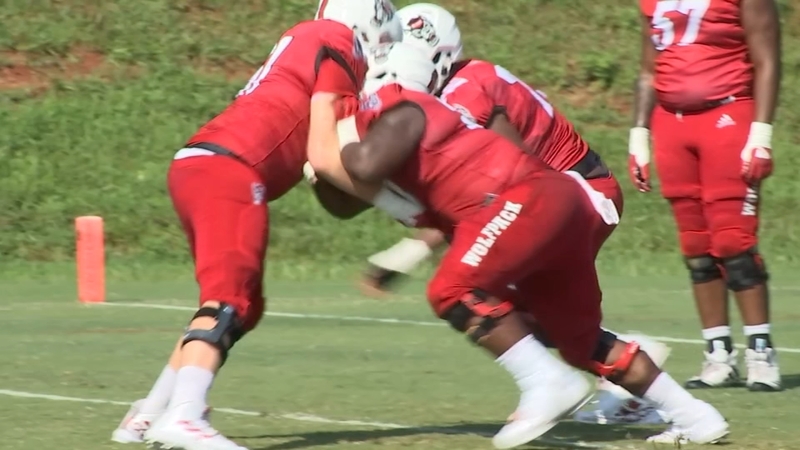 Wolfpack practices in pads for first time this camp

RALEIGH, N.C. (WTVD) -- Practice intensity took a big leap at NC State as the pads were on for the first time during fall camp Tuesday.

Wolfpack head coach Dave Doeren let the boys tackle during the last part of practice when the team worked on short-yardage situations.

"It was fun to see that at the end and see how guys are going to tackle," Doeren said.

The door is open at wide receiver. The top three producers from last season are gone.

The starting trio isn't as obvious at this stage in camp.

Slot receiver Thayer Thomas said they are trying to bring the "next man up" mentality as a group.

"They've done a really good job of setting the blueprint of what we've got to do and how we need to do it in order to be successful," Thomas said.

And as for speed, don't let his 6-foot-4 frame fool you -- redshirt junior CJ Riley is fast.

When asked after practice if he was still the fastest player on the team, he replied "Yeah, still," with a smile.