NC State lets one slip away at Georgia Tech, 78-75 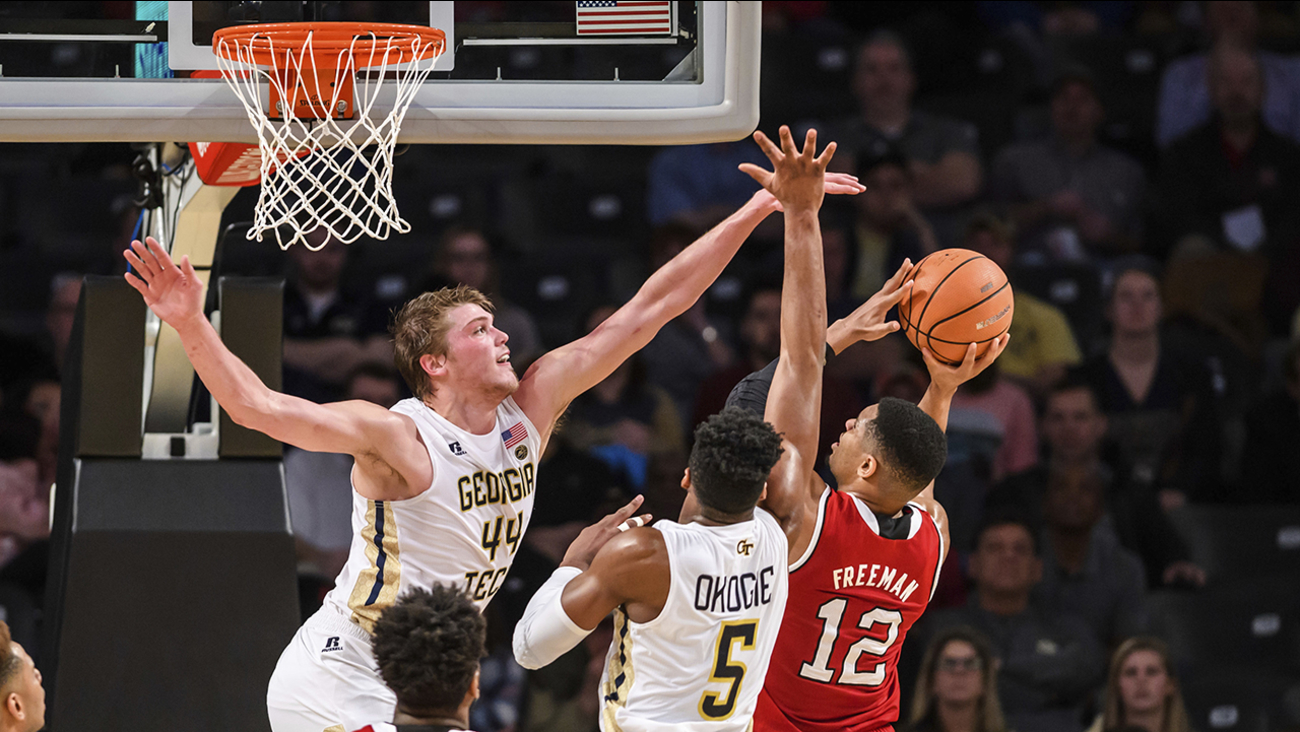 Josh Okogie had 18 points for Georgia Tech, including a 3-pointer for a 78-72 lead. Braxton Beverly cut the lead to three points with a 3-pointer but missed two 3s on the Wolfpack's final possession.

Allerik Freeman scored 19 points, including 14 in the second half, to lead the Wolfpack. Omer Yurtseven had 17 points and nine rebounds.

N.C. State took its last lead at 72-71 on a jumper by Torin Dorn, who had 18 points. Lammers answered with a basket and added a layup on Georgia Tech's next possession for a 75-72 lead, giving him eight straight points for the Yellow Jackets.

Yurtseven blocked a shot by Okogie on Georgia Tech's first possession, and the Wolfpack scored the game's first seven points. Jackson and Moses Wright committed turnovers before the Yellow Jackets' first points on a 3-pointer by Jackson.

A 3-pointer by Okogie pulled Georgia Tech to within one point at 24-23. Yurtseven answered with back-to-back baskets, followed by a layup by Freeman, as N.C. State stretched the lead back to seven points.

Georgia Tech pulled even at 55-all on a layup by Brandon Alston and took its first lead on Alston's 3-pointer on the Yellow Jackets' next possession.

N.C. State: A mistake turned momentum away from the Wolfpack midway through the second half. N.C. State led 48-40 before Dorn missed a jam. Georgia Tech scored the next seven points to pull to within one point at 48-47. Coach Kevin Keatts was called for a technical foul during the Georgia Tech run.

Georgia Tech: The Yellow Jackets made only 8 of 17 free throws and committed 14 turnovers. The struggles in the backcourt became a glaring problem after starting point guard Jose Alvarado was lost for the season with a fractured left elbow on Feb. 11 against Duke. Okogie made three of four 3s and Georgia Tech made 6 of 12 overall.

N.C. State closes its regular season at home against Louisville on Saturday.