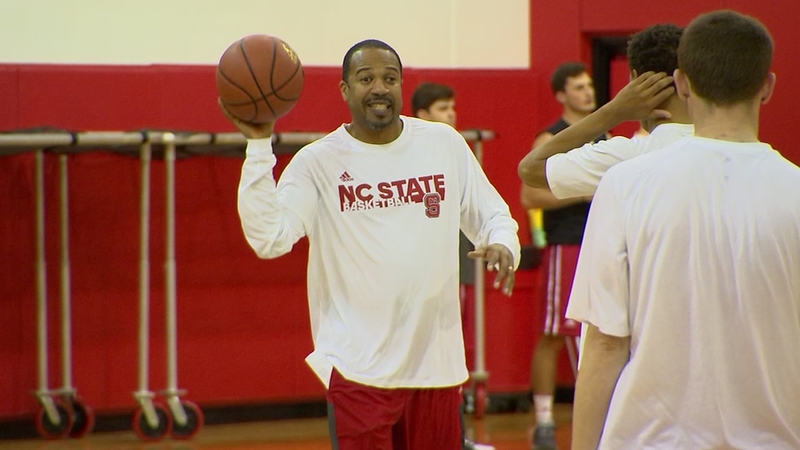 RALEIGH, N.C. (WTVD) -- NC State University received a Notice of Allegations from the NCAA on Tuesday outlining allegations of rule violations related to the men's basketball program under the direction of former head coach Mark Gottfried during the 2014-2017 timeframe.

The Notice of Allegations is the expected next step in an NCAA process following the federal government's inquiry into college basketball. NC State received a verbal Notice of Inquiry from the NCAA in October 2018.

"NC State is committed to the highest levels of compliance, honesty and integrity," said Chancellor Randy Woodson. "As the university carefully reviews the NCAA's allegations and thoroughly evaluates the evidence in order to determine our response, we are prepared to be accountable where we believe it is appropriate and to vigorously defend this great university and its Athletics program where we feel it is necessary."

No current NC State coaches are named or implicated in the allegations.

Mark Armstrong analyzes what these accusations could mean for NC State.

NC State has 90 days to provide a written response, then the NCAA will set a hearing date.

The allegations state that from September 2014 through March 2017, Orlando Early, then men's basketball assistant coach and lead recruiter, violated the NCAA principles of ethical conduct.

Early and the men's basketball staff members arranged for and/or provided Dennis Smith Jr. and individuals associated with him approximately $46,700 in impermissible inducements and benefits.

Smith competed in 32 games and received actual and necessary expenses while ineligible.

Wanted to share some thoughts with #WPN on today’s news regarding the Notice of allegations. pic.twitter.com/LvQtBDKWpx

The notice of allegations also states, "It is alleged that on nine occasions from January through March 2016, men's basketball staff members violated NCAA recruiting restrictions when they provided approximately $862 in impermissible benefits in the form of 14 complimentary admissions."

Coach Gottfried has cooperated fully with the NCAA's investigation and he will continue to cooperate. He is disappointed that allegations have been brought against his former program at NC State, and he takes these allegations very seriously.

While we disagree with the enforcement staff's position that Coach Gottfried did not adequately monitor certain aspects of his program, we are pleased that the NCAA agrees that he was not involved in any illicit payments.

This case will ultimately be decided by the Committee on Infractions after a full hearing at which Coach Gottfried will appear and have an opportunity to present his position."
Report a correction or typo
Related topics:
sportsraleighscandalncaacollege basketballnc state wolfpackinvestigation
Copyright © 2022 WTVD-TV. All Rights Reserved.
TOP STORIES
Snow fall begins in some parts of central North Carolina
NC prepared as winter storm brings rain, snow and sleet
Schools in Wake, Durham counties to close Friday
Contact tracers' role changes as pandemic reaches new heights
Flavor District, Triangle's largest 'ghost kitchen' to open in fall
Residents in Wilson prepare for black ice and snow
LATEST: Many testing sites closed Friday because of winter storm
Show More
Reporter hit by car on live television, but continued reporting
Check your tires before -- and after -- the wintry weather
American Airlines flight diverted over maskless passenger
'We can't get any more': Stores struggle to restock shelves
Essentials to keep in your car during winter storms
More TOP STORIES News