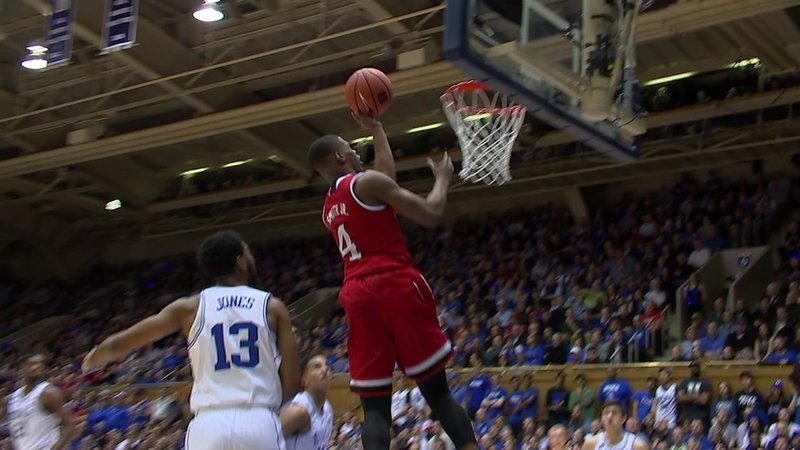 RALEIGH (WTVD) -- "Prove it." That's the basic distillation of NC State's 66-page response to the NCAA as it pertains to charges that Dennis Smith Jr. was paid $40,000 as a recruiting inducement, via Adidas, to play for the Wolfpack. More formally, the school says it "strenuously disputes and is contesting the NCAA's most serious Level I allegation."

With help from the same law firm, Bond, Schoeneck and King, that aided UNC in its battles with the NCAA, NC State says the NCAA's case is basically dependent on one man's testimony. NC State says that man, former Adidas associate TJ Gassnola, is not a credible witness and that his claims should be "stringently evaluated" and require independent proof in order to be taken seriously.

The school's position is that there is no hard proof of any payments being funneled, as alleged, through former assistant coach Orlando Early to Smith, his family or trainer at the time. Dennis, for his part, has denied knowing Gassnola or ever receiving money from anyone at NC State.


NC State also contends that even if a payment had occurred like the NCAA is alleging, the money originated with an associate of NBA agent Andy Miller rather than Adidas and was therefore not tied to him playing at NC State, but instead a lure to get him to sign once he went pro. The latter is an impermissible benefit rather than a recruiting violation and is not deemed to be the most serious "Level 1" violation that the NCAA is charging.

Miller had been previously formally been told by the school to stay away from State athletes back in 2012.

The school does admit that improper benefits were doled out to Smith, his family and then-trainer Shawn Farmer in the form of excessive free ticketing to games. NC State says Mark Gottfried's staff acted loosely with ticket distribution despite knowing the rules.

Accordingly, NC State says some self imposed sanctions, including the loss of a future basketball scholarship, some recruiting restrictions and a $5,000 fine are sufficient penalties.

It's probably unlikely the NCAA will entirely agree with that assessment. They now have 60 days to mull over NC State's response and then a hearing with the Committee on Infractions will be scheduled. State has decided to fight, we'll see in the coming months if the NCAA is determined or capable to punch back.

Exhibits 1-19 in NC State's response to the NCAA