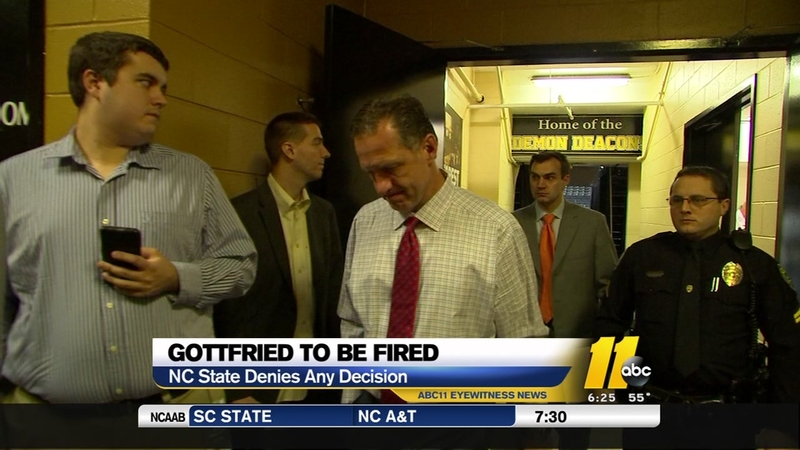 The latest debacle, a 30-point loss to Wake Forest on Saturday -- the largest margin of defeat ever in Winston-Salem.

Multiple sources independent of each other have now told ABC11's Mark Armstrong that N.C. State definitively decided during the weekend to fire head coach Mark Gottfried at the conclusion of the season.

Sources said State almost pulled the ripcord Saturday after the Wake defeat but decided there was nothing to be gained by doing it at that time with games left to play.

Additionally, a source tells Armstrong that preliminary feelers have been put out to Dayton head coach and former Wolfpack guard Archie Miller to gauge his interest in the position.

N.C. State spokesman Fred Demarest told ABC11 that none of this information is true, that they continue to monitor the program, but that no decisions have been made and none will be made until after the conclusion of the season.

Gottfried told CBS Sports on Saturday that he's planning to be in Raleigh for years to come.

Gottfried has three years left on his contract, but sources tell Armstrong the $2 million buyout is not a concern.

The Wolfpack is 14-12 heading into Wednesday night's home game against rival North Carolina.