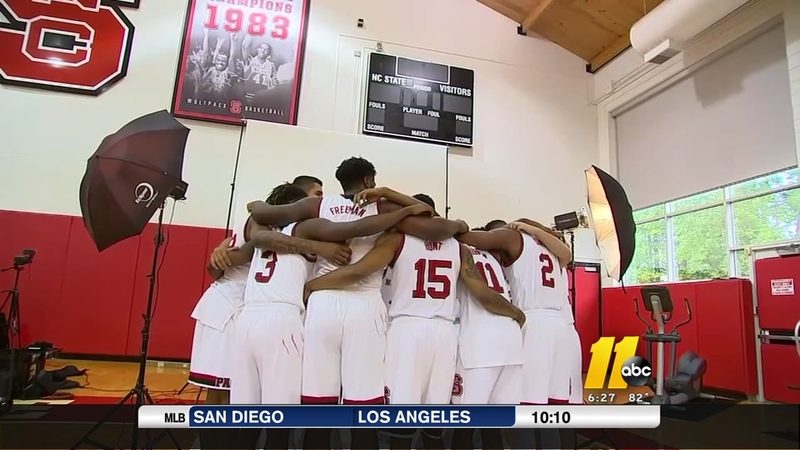 He's ready to lean on a pair of graduate transfers for help.

Keatts held his first media day as the leader of the Pack. And his roster contains just six returning players who have measurable experience in the ACC.

Keatts told the media gathered, "if you take most publications that you read, we are going to be ranked anywhere from between 11-14 (in the ACC), which is great for us. I wish we were 15, because certainly, I can use that as a motivational factor for those guys."

Keatts, who spent the past three seasons as head coach at UNC Wilmington, said in the spring he wanted to add players who were the right fit instead of taking on players just to add numbers. He said Tuesday that Freeman and Hunt both fit that description.

Kevin Keatts did not want touch on the Federal Investigation. Hasn't heard much about it, only saying want to focus today on my team. pic.twitter.com/tbalvc2RNU

"We needed help, and we needed some guards to be able to come in and play," Keatts said. "And certainly as you guys know, we play in the best conference in college basketball. So if you can stay older, then it certainly bodes well for you."

Keatts took over in March and quickly emphasized conditioning for his up-tempo offense and fullcourt pressure for a team that lost its top three scorers.

Lennard and Omer are the two most improved guys per Keatts

Allerik Freeman and Hunt, both 22 years old, combined for 111 starts over the past two seasons at Baylor and North Carolina A&T. And Freeman has the experience of playing for a Bears team that reached No. 1 nationally midway through last season.

It's unclear exactly what type of offensive role the two will take on this season, though both appear to fit Keatts' desire for shooters. The 6-foot-3, 210-pound Freeman averaged 9.7 points and shot nearly 39 percent from 3-point range last season, while the 6-2, 185-pound Hunt averaged a team-high 12.7 points while hitting a team-high 74 3s.

"We have a lot of talented guys, young guys too," Hunt said. "But me and Al have kind of been battle-tested, I would say. We've played in a lot of games. Even though it's a new system, we kind of know how college games work, how it's going to be played. But like I said, we're here to help the young guys and help the coaches."