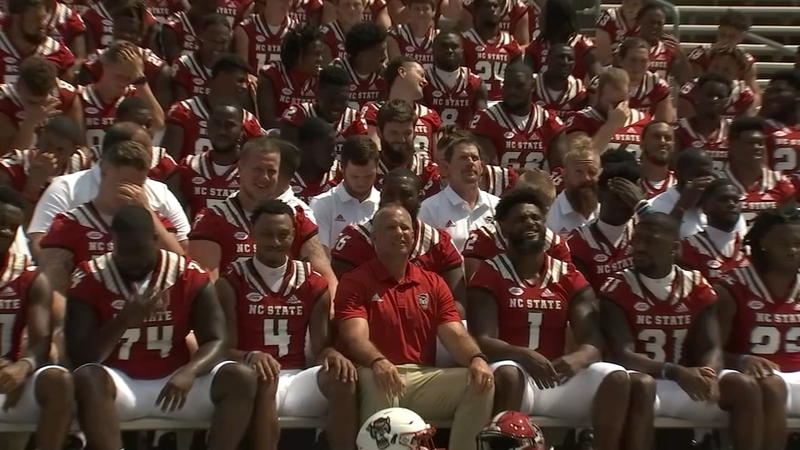 RALEIGH (WTVD) -- There are just 20 days until the return of college football in the Triangle and two out of our three ACC schools still do not have a quarterback.

Whoever it will be to take over at NC State has big shoes to fill, not only because of former Pack quarterback Ryan Finley's talent but because of his leadership.

Dave Doeren keeps reiterating how young of a team the Wolfpack is this year but he said with that comes a lot of unique chemistry and that's what they're building on.

Through nine practices and one scrimmage, Doeren said there are still a lot of guys trying to prove themselves.