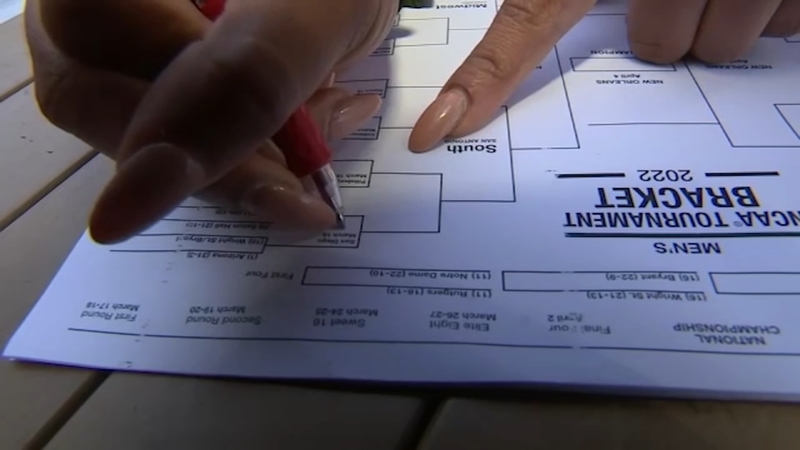 DURHAM, N.C. (WTVD) -- It's that time of year again when the weather starts changing and hope for the impossible feels 100 percent realistic

But how do you make the perfect bracket?

We asked a few people on the street about their strategy

"I always pick Duke to win, so maybe that's why I always mess up," Keshia Peaks said.

"I just look up a bunch of articles and then match up the most predictions and then just go off of expert predictions," Aakarsh said.

"I like looking at the kids that are playing and just kind of get a feel of everybody whose making the tournament. I really just go by my gut," David Tate said.

Our Tamara Scott talked with Ezra Miller, a math and statistics professor over at Duke University who said, ultimately, it comes down to the math.

It's a one in a billion chance for a reason, because while mathematically you have a decent shot of getting to the champion each year there are upsets you don't see coming that math doesn't account for.

"That's the thing. There's, there's so many games that unlikely things do happen. And that's why it's hard to fill out a perfect bracket. Because you can, you can make all those likely choices, but they're only likely choices," he said.

"You won't know which of the unlikely things is going to happen. That's why you can't pick that perfect bracket," Miller said.