Progress at a price: Residents frustrated by NC Central expansion 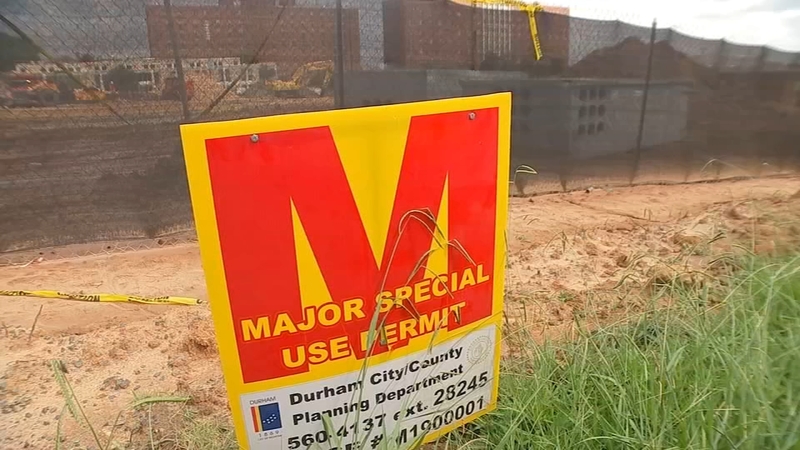 DURHAM, N.C. (WTVD) -- NC Central University is accused of being a bad neighbor as it begins major campus improvements.

The school is the midst of a multi-million dollar campus expansion; last month, ABC11 cameras were there as officials broke ground on the $47 million replacement for the student union.

But the university's growth is leaving some of its neighbors with a serious case of growing pains.

"Politics is one thing, but you don't just take people and uproot them after they're living here for 30, 40 or 50 years," said Norris Douthard. "You don't just move them to somewhere they don't know a thing about."

Douthard, who lives on Martha Street, just found that a student union was being built recently. NC Central cleared out nine houses to make way for the Alphonso Elder Student Union at Fayetteville and Cecil streets.

There’s a lot of construction going on here at @NCCU with a new student union going in. But some folks here feel the university and the city wasn’t clear enough in telling them about this and the impact it will have on the neighborhood. #ABC11 pic.twitter.com/hl5X0kXj7O

"There is new construction happening in this neighborhood and people are coming in and renovating and revitalizing home," Kelley said. "We have a sense of community here and we sense a responsibility to improve with the rest of the city."

He said he found out about a rezoning meeting back in July, where the city by law was only required to notify residents that are within 1,000 feet of the proposed site.

On Monday night, his frustration grew after he showed up to the Durham City Council meeting. There a meeting within the meeting called a quasi-judicial public hearing. Kelley said attorneys for NC Central were there to present an opening and closing argument but residents were given little time to comment.

"They didn't go out into the community to try and get an understanding and survey the residents and see exactly what the problems were," Kelley said.

The university said its traffic and parking study didn't project any problems in the neighborhood as the project moves along.

NC Central said it had to go through with the meeting to get its major special use permit for the student union. Kelley said the items on the agenda were approved and it seemed like a foregone conclusion before the meeting started.

He said he believes the university did not take into account how parking and traffic would impact the surrounding neighborhood.

The city's attorney said the hearing Monday night was lawful. He also said rules require notification of residents within 600 feet of the property when someone is applying for a major special use permit and he said the city did that.

Full Statement from NC Central
North Carolina Central University has served the Durham community for 109 years and greatly values the relationships that it holds with its neighborhood residents. As the university progresses with the construction of its new Student Center, NCCU will continue to work with city officials to ensure that it operates in a manner that considers the interests of nearby residents. As was explained at the Durham City Council meeting yesterday, Aug. 5, public street parking is not controlled by North Carolina Central University. Additionally, NCCU commissioned a parking and traffic report to study the impacts of the new capital projects. Results from the report, which was filed and accepted by the city planning department, do not project any problems with parking and traffic flow as a result of the construction of the new Student Center.
Report a correction or typo
Related topics:
educationdurhamconstructiondevelopmenthomeownersnccu
Copyright © 2022 WTVD-TV. All Rights Reserved.
TOP STORIES
RDU expects more traffic for Memorial Day weekend
Tornado warnings expire, severe thunderstorm watch remains in effect
I-40 west reopens in Johnston County after 6 car crash
Victim found dead with gunshot wound in Durham crash identified
1 in 6 NC counties have more gun dealers than mental health providers
Durham mother who founded anti-gun violence group loses second son
San Antonio artist creates memorial for Uvalde victims
Show More
Official admits police made 'wrong decision' in TX shooting
Bank employees help kidnapped woman after she asks for loan
Judge dismisses Trump's lawsuit, allowing NY probe to go on
Meghan Markle pays respect to Texas school shooting victims
Explosion rocks neighborhood near Philadelphia, 4 confirmed dead
More TOP STORIES News