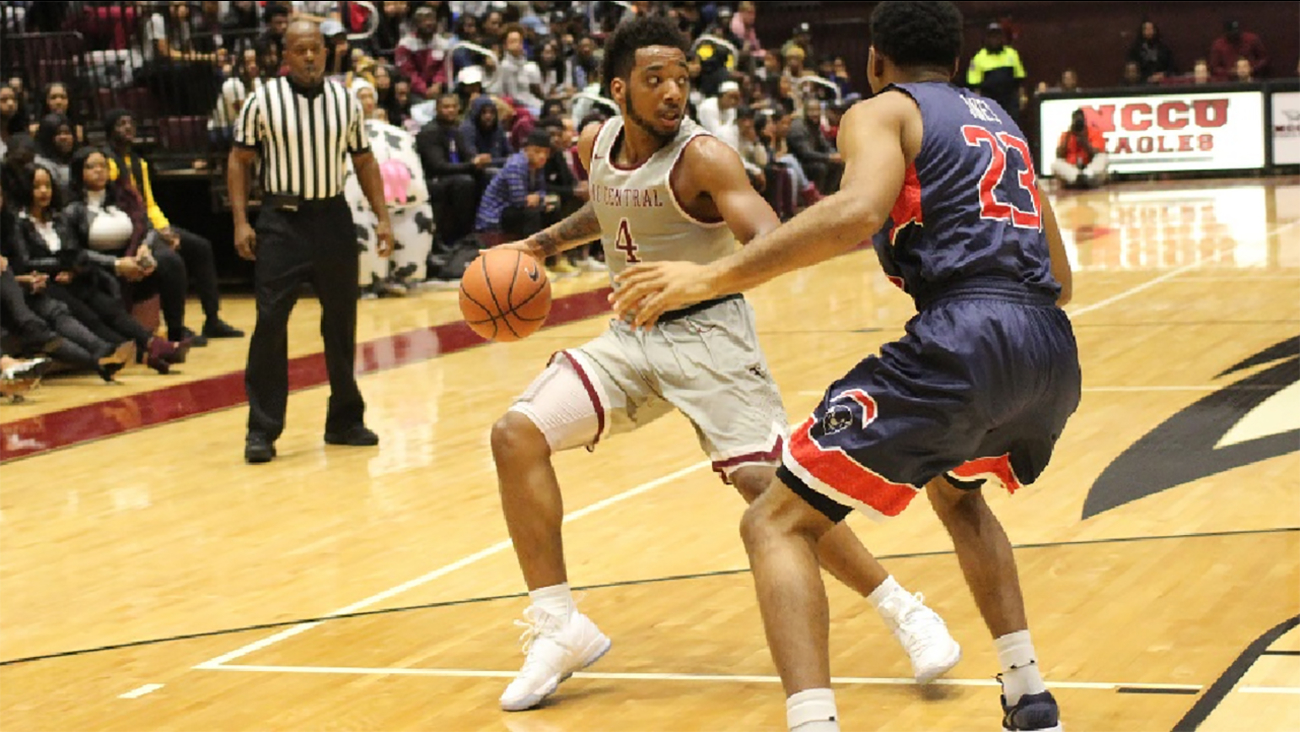 DURHAM, NC (WTVD) -- Jordan Perkins had 13 points and 14 assists and senior big man Dominique Reid had his game of the season as NC Central cruised to an 83-66 win over the Howard Bison on Monday night.

Reid, who averages 4 ppg, came off the bench to score 16 on a perfect 7-7 from the field and added eight rebounds.

The win moves the Eagles to 8-5 in MEAC play, good for sixth place with three games to go before the MEAC Tournament.

North Carolina Central opened the game with an 11-2 run and never trailed. The Eagles pushed the lead to 44-30 early in the second half with a 9-0 run and the Bison (8-21, 5-8) cut the deficit to single digits only twice after that.

RJ Cole had 24 points and Charles Williams added 18 for Howard.

The Eagles travel south for their final regular season road trip of the year, starting on Saturday at South Carolina State.