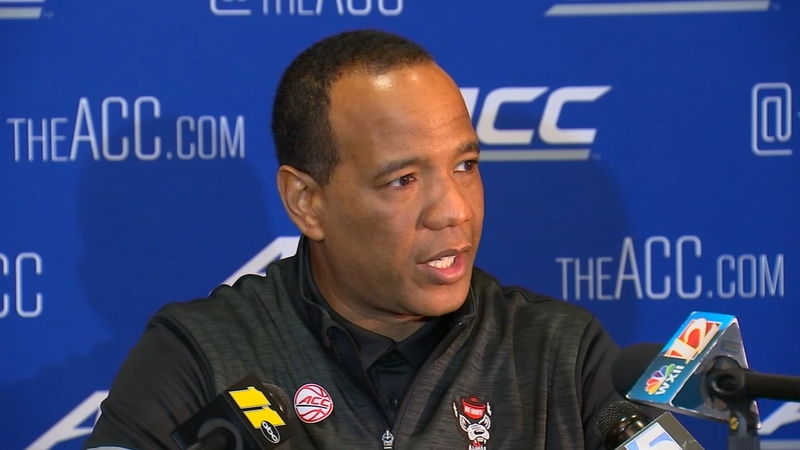 The Wolfpack is coming off a 24-12 season that ended in the NIT after a puzzling snub by the NCAA tournament committee.

Kevin Keatts' team is out to prove that it belongs in the Big Dance.

"Last year it was tough because we only had three guys who had played in a game," Keatts said Tuesday at ACC Basketball Media Day in Charlotte. "Having a chance to have some experience and us getting some guards back means a lot to me."

One player who Keatts is happy to have healthy is 6-11 center Manny Bates. The redshirt freshman from Fayetteville did not play last season because of an injury.

"Just to be able to put him back on the floor, I think that's really good, Keatts said."

Also back, and really good is senior guard Markell Johnson, who explored the NBA draft process during the offseason but ultimately decided to return to N.C. State.

"Things have been going really well in practice," Johnson said. "Guys are locked in from the beginning of practice to the end of practice. Seven guys returning, so the mistakes are not that very high this year in practice so it gets us to work on more things we need to work on."

Keatts said the key is creating turnover opportunities on defense and minimizing mistakes on the offensive end.

"One thing that we want to emphasize and we've been talking about in practice is that we want to be a really low-turnover team," Keatts said. "On the defensive end, we try to turn guys over as much as we can to create tempo ... we want to play fast but don't want to turn the ball over ourselves."

Senior guard C.J. Bryce said the Wolfpack has the tools to challenge in the ACC.

"It's all mental," Bryce said. "This team, we have the physical attributes and talent to do it. But it's all mental. As soon as we can get past that mental block, we can definitely take some big steps in the conference and in the nation.

Johnson knows it all comes down to winning games.

NC State's Markell Johnson on the importance of winning.

"We've just got to win games," Johnson said. "You know that's the biggest thing, so it's winning games, and everything else will work for itself.

The Wolfpack dives right into ACC play, hosting Georgia Tech on November 5 in the season opener.