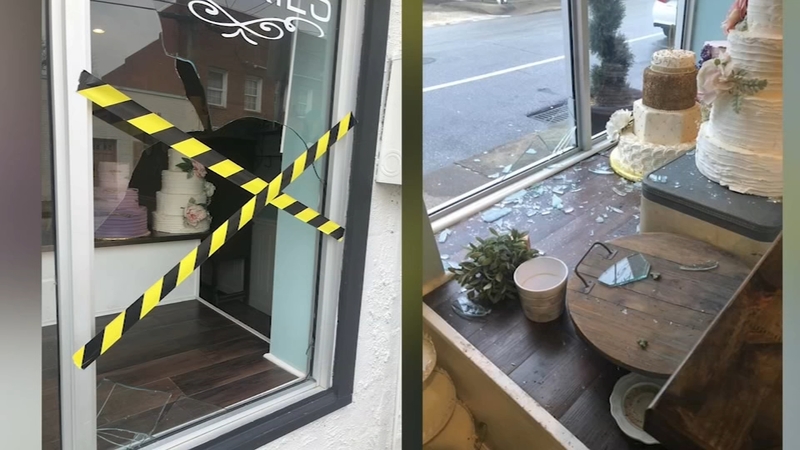 Marci Mang has been an established baker along Trade Street, in downtown Hope Mills, for nearly four years.

Her shop, Marci's Cakes and Bakes, is very dear to her heart, so when she got the call from Hope Mills Police Department about a break-in at 6 a.m., it weighed heavy on Mang's heart.

The thief attempted to break down the front door, smashed one of the front windows and destroyed some of the cakes she made for an upcoming job.

In addition, the person, that police have not identified, ran off with more than $200 from the cash register and around $17 from their tips jar.

"You are literally taking money off of a family's table," Mang said.

As clean up began on Wednesday morning, one of Mang's employees decided to post about the incident on the bakery's Facebook page, asking the community for support by shopping local.

The subsequent response was more than Mang ever expected.

A nearby door lock company and glass company spent the afternoon installing a brand new door and window free of charge.

"I mean, Mr. Andy is putting in my door. I know his name, but that's about all I know, and he's putting in a door for me," Mang said. "My pastor came by, you know, just people just want to tell you that they love you. People that have said 'I've been meaning to come here for two years, but I saw what happened to you, and I just wanted to tell you, 'don't give up.'"

Mang said she intends to keep pressing forward and doing what she loves: baking cakes.