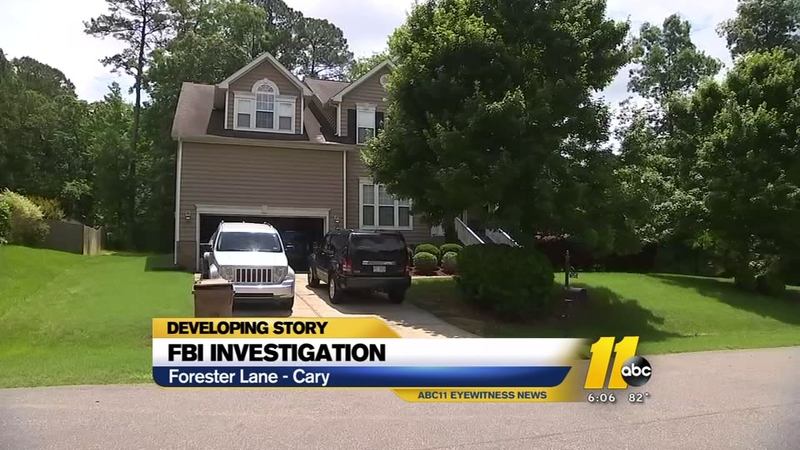 CARY, NC (WTVD) -- An FBI raid caused a bit of a stir among neighbors in a Triangle neighborhood Thursday.

Cary Police assisted the federal agents at a home on Forester Lane.

An eyewitness told ABC11 that she was surprised to see about 20 cars lining the quiet suburban street and her next-door neighbor the subject of a federal investigation.

An #ABC11 eyewitness sharing some photos from an early morning FBI investigation at a Cary home. This happened off Optimist Farm Road. Feds not saying what they’re looking into, but tell us there have been no arrests. pic.twitter.com/SzqSGFF8rr

She said she saw vehicles from the FBI, Homeland Security, and the U.S. Postal Inspection Service at the home.

Cary Police were dispatched about 5 a.m. to assist in the investigation. Several boxes were reportedly removed from the home.

An FBI spokesperson wouldn't say much, just telling ABC11 that the agency was "engaged in an investigative activity."

A neighbor told ABC11 that the family has been living at this rental house for about three years.

The woman, who did not wish to be identified, said the family was quiet but would often go out and play in the yard with their young children.