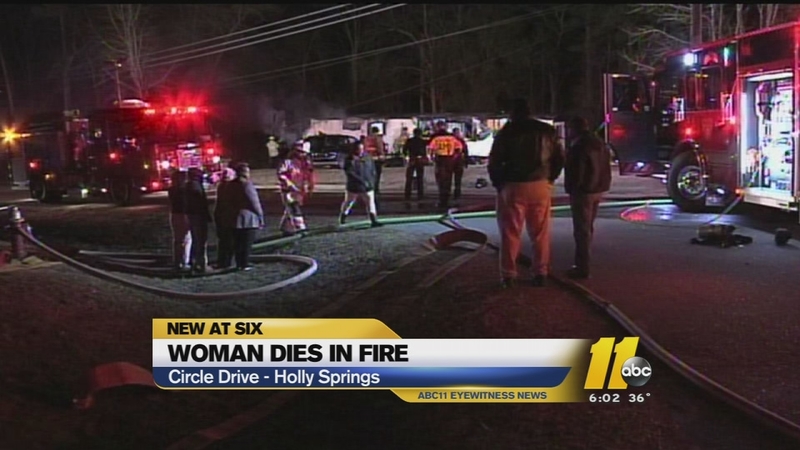 HOLLY SPRINGS, N.C. (WTVD) -- Investigators say an overloaded electrical outlet was the cause of a fatal fire that occurred late Friday night in a mobile home in Holly Springs.

It happened shortly after 11 p.m. in the 3900 block of Circle Drive, which is off Lockley Road near Holly Springs Road.

Authorities say a group of Good Samaritans tried to pull a woman from her burning home, but weren't able to rescue her in time.

Investigators say the neighbors called 911, and then raced in to help after seeing heavy smoke and flames.

Investigators say the fire started in the bedroom. A recently-purchased space heater was plugged into the outlet and may have contributed to the overloading.

Firefighters found no sign of a smoke detector inside the mobile home.