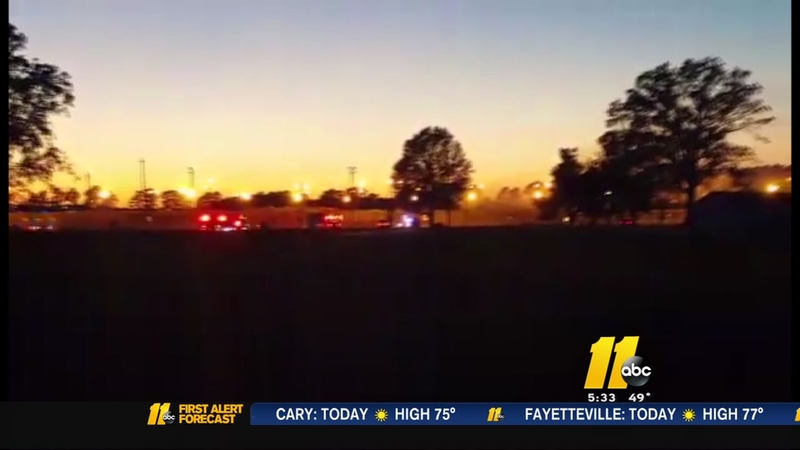 GOLDSBORO, N.C. (WTVD) -- Officials said 10 inmates were behind the disturbance at the of the Neuse Correctional Institution in Goldsboro, which was partially evacuated Sunday after a riot that damaged some areas of the prison.

Officials with the North Carolina Department of Public Safety said about 500 inmates have been moved to other prisons, leaving just under 300 at Neuse Correctional.

The said the disturbance caused by a small group of inmates began around 4:30 p.m. Sunday and was brought under control by 8:30.

The inmates set two separate fires, one inside the prison's diagnostic building and one that destroyed a storage shed that held supplies. The inmates also broke windows and damaged four dormitories.

One corrections staff member and one inmate were hurt. They were both treated and released from an area hospital.

Officials said a gang fight was the cause of the disturbance.

The correctional institution is a low-security facility. State officials said its primary purpose is to do diagnostic work for new inmates entering the North Carolina prison system.

It was evacuated two weeks ago due to flooding from Hurricane Matthew.